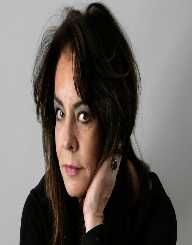 Stockard Channing was born on February 13th, 1944. Her place of birth was in New York City in the United States. She is an American actress on stage, television and in the film industry. One of the notable roles that she played was in Grease- 1978. In 1993, she featured in Six Degrees of Separation which also stood as one of the roles that earned her nationwide popularity. She is also an Emmy Award winner for films such as The Matthew Shepard Story and The West Wing which were both released in the year 2002.

Stockard Channing was born on February 13th, 1944. Her father’s name was Lester Napier Stockard, and her mother was called Mary Alice. Lester majored in the shipping business. Channing has a sister called Lesly Stockard Smith. Lesly was active in politics, and she is a former mayor of Palm Beach in Florida.

Channing went for her college education at Radcliffe College situated in Cambridge, Massachusetts. At the college, she majored in literature and American history. She later graduated with the highest distinction from the university in 1965. Soon, she joined an experimental Theatre Company of Boston. During this time, she was involved in Off-Broadway performances. Within a short period, she managed to feature in her first Broadway role while playing Two Gentlemen of Verona. This occurred in 1971. In 1973, she played a supporting role in the Broadway production of No Hard Feelings.

Channing’s film career also took off around this time. She made her first film appearance in The Hospital – 1971. She was playing the role of E.R. Nurse. Her first big break that earned her medium recognition was in the 1975 film called The Fortune. She was listed as the Golden Globe nominees for best female acting debut in motion pictures. It was not long before she featured in Grease – 1978. She was part of the lead roles as Betty Rizzo.

Her TV career was also gradually rising during the 70s. In 1973, Stockard Channing featured in The Girl Most Likely to... and Love, American Style. Medical Center and Lucan came in 1974 and 1977 respectively. During the late 1970s, she starred in Stockard Channing in Just Friends – 1979. The following year, she played the lead role in The Stockard Channing Show.

The 80s proved to be a lull for Channing as she was not active in the film industry. Nonetheless, she had a major comeback during the early 90s. Her remarkable performance in the 1993 film Six Degrees of Separation earned her several nominations. She was nominated for an Academy Award and a Golden Globe Award for the same film.

Another major role that Stockard went on to play in 1999 was in The West Wing. This TV series earned her nationwide popularity for the several seasons that she featured in. Her role as Abbey Bartlet in the series brought several award nominations to her side including Prime Time Emmy Award, SAG Award, TV Guide Award and many more. In 2002, she bagged home an Emmy Award for her role in The Matthew Shepard Story.

In all the four marriages that Stockard Channing was involved in, she had no children. Her first marriage was to Walter Channing who gave her his name. Paul Schmidt came in next as her second husband in 1970. Their marriage lasted till 1976. She later married David Debin in 1976, and their relationship came to an end in 1980. Her last husband was David Rawle. They wedded in 1980 and separated in 1988. Channing had an affair with Daniel Gillham, a cinematographer for over 20 years.