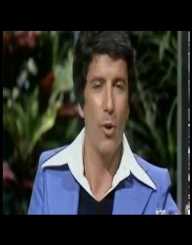 Bernard Whalen “Bert” Convy was born on July 23, 1933, in St. Louis, Missouri. When Convy was seven years old, his family moved to Los Angeles. There he attended the North Hollywood High School where he was a prominent athlete. When Convy was 17 years old, he was signed with the Philadelphia Phillies and played minor league baseball for two years.

In the 1950s, Convy joined the vocal band The Cheers. The band produced a Top 10 hit Black Denim Trousers and Motorcycle Boots in 1955. Convy decided to pursue a career in entertainment and attended the UCLA School of Theater, Film, and Television.

Convy started out his career in the early 1950s when he was featured as a performer in the Billy Barnes Revues. His first major film role was as the CBS usher in Art Linkletter’s House Party in 1956. His next big film role was in the 1961 drama, Susan Slade. In 1956, Convy turned to acting full-time and appeared in the musical The Billy Barnes Revue. After moving to New York, he appeared in 10 Broadway shows. In 1964, he played the Perchick in the original production of Fiddler on the Roof. He also appeared in plays like The Impossible Years, The Front Page and Cabaret.

In the 1960s, Convy started out his career as a panelist on several game shows. He was the host of What’s My Line?, To Tell the Truth, and Match Game. In 1974, he began working as the host of Tattletales, which earned him the Emmy Award for Best Game Show Host in 1977. In the 1980s, Convy and Burt Reynolds created their production company Burt and Bert Productions. Their first production was the game show Win, Lose or Draw, which premiered on NBC in 1987. He was the host of the show for three seasons but left it to host another of his company’s shows, 3rd Degree.

In 1960, Convy appeared in the soap opera, Love of Life. The same year, he began starring in the ABC sitcom Harrigan and Son, and the private detective shows 77 Sunset Strip. During the 1960s, he also starred in the CBS The Mary Tyler Moore Show. Convy appeared as a guest star on Hawaii Five-O.

In 1976, Convy starred in the variety series The Late Summer Early Fall Bert Convy Show, but the series was short-lived. He made several guest appearances in shows like The Partridge Family, The Silent Force, Charlie’s Angels and Murder, She Wrote.

His best-known movies were Semi-Tough in 1977, followed by the SST: Death Flight the same year and the horror film Jennifer in 1978. In 1980, Convy starred in Hero at Large and the following year, in The Cannonball Run. His directorial debut was the 1986 comedy Weekend Warriors.

Convy’s first marriage was in 1959 to Anne Anderson. The couple had three children together. Anderson and Convy divorced in 1991. Soon after, he married Catherine Hills.

In 1990, Convy experienced some health issues, and at one point was admitted to the Cedars-Sinai Medical Center, after collapsing. He was then diagnosed with glioblastoma multiforme. He died at his home on July 15, 1991.