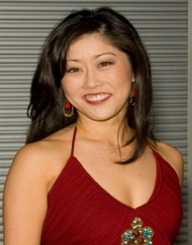 Kristine Tsuya Yamaguchi was born on July 12, 1971, in Hayward, California. Her heritage has been traced back to Wakayama and Saga prefectures in Japan. Her father Jim was a dentist, but her mother Carole was a medical secretary. Her paternal grandparents and maternal great-grandparents emigrated to the United States to Hawaii. Her paternal grandfather fought in the United States Army during World War II.

Kristi Yamaguchi has two siblings, Brett and Lori and they grew up in Fremont, California. For the first two years of high school, she was homeschooled, but later attended Mission San Jose High School, which she graduated from. Since an early age, Yamaguchi was interested in skating and ballet and took lessons in both sports. She also had to attend physical therapy sessions due to her club feet. Her older sister Lori was also a skater.

Kristi Yamaguchi started training at an early age, which allowed her to compete in the U.S. junior championships together with Rudy Galindo in 1986. She and Galindo won the junior title. The following year, she went on to compete at the 1987 World Junior Championships, where she won the title. In 1988 World Junior Championships, Yamaguchi won both singles title, and pairs title together with Galindo. The following year, the two won the U.S. Championships in senior group and won the title again in 1990.

Yamaguchi’s and Galindo’s partnership worked well together since they were both accomplished singles skaters. This allowed them to perform difficult elements, like side by side Triple Flip jumps. They were also able to jump and spin in opposite directions, which gave them an unusual look on the ice. In 1990, Yamaguchi decided that she will focus only on her solo career. Galindo went on to have a successful singles career and won the 1996 U.S. Championships.

In 1991, Kristi Yamaguchi moved to Edmonton, Alberta, Canada and began training with coach Christy Ness. Besides her skating career, she also took classes on psychology at the University of Alberta. That year, Yamaguchi was placed second in the U.S. Championships, losing to Tonya Harding. Just one month later, she went on to compete in 1991 World Championships in Munich, Germany and won the title. Yamaguchi won her first U.S. title in 1992 and also got a spot to the 1992 Winter Olympics in Albertville, France. At the time, Yamaguchi was focusing on her artistry and triple-triple combinations and aspired to become a more well-rounded skater.

Her teammates Kerrigan and Harding were instead focusing on their triple axel jumps, however, during the Olympics, they both fell. This allowed Yamaguchi to win the gold medal. The same year, she also successfully defended her World title. In the 1991-92 season, Yamaguchi turned professional and toured with the Stars on Ice and participated in pro competition circuit.

In 1996, Kristi Yamaguchi established the Always Dream Foundation for children, to provide funding for after-school programs, computers, back-to-school clothing and summer camps for disabled children. Currently, the foundation is focused on early childhood literacy and has partnered with Raising a Reader to launch reading programs in schools in California. She has also published several books. Her first publication was Always Dream, Pure Gold and Figure Skating for Dummies. In 2011, she published children’s book Dream Big, Little Pig, which peaked at No. 2 on New York Times bestseller list.

In 1993, Yamaguchi created a fitness video Hip to be Fit: The California Raisins and Kristi Yamaguchi. She has also appeared in several television projects like Everybody Loves Raymond, D2: The Mighty Ducks, Frosted Pin, and the movie Go Figure. In 2008, she and her pair Mark Ballas won the sixth season of ABC’s Dancing with the Stars. She is a member of U.S. Olympic Committee Olympic Hall of Fame, World Skating Hall of Fame and US Figure Skating Hall of Fame.

In 2000, Kristi Yamaguchi married Bret Hedican- a retired professional hockey player. The two met during the 1992 Winter Olympics, where he played for Team USA. Yamaguchi and Hedican live in Alamo, California and they have two daughters, Keara and Emma.