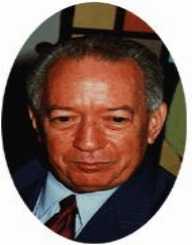 After graduating from the University of Madrid Salvador Jorge Blanco moved back to the Dominican Republic in 1961. When Blanco returned to his country things had changed politically as the dictator Trujillo had fallen. In the same year, Blanco joined the National Civic Union. In 1963, he was appointed as the Committee Secretary of the National Civic Union. In 1964, he became part of the Dominican Revolutionary Party (PRD). In 1966, Salvador Jorge Blanco was appointed the member of the National Executive Committee. He was also appointed as the political commission of the PRD. Blanco served in his posts until 1973. In 1976, he reclaimed the positions that he held from 1966 to 1973. In 1977, Blanco was promoted as the Chairman of the PRD. In 1978, he was elected as the senator and the spokesperson of the PRD. At this time he was still the Chairman of the PRD.

Jorge Blanco was the spokesperson for PRD for four years. In 1982, he was sworn in as the 48th President of the Dominican Republic. Jorge Blanco replaced President Jacobo Majluta Azar.  As the president, he did not take care of the problem of Neopatrimonialism which did not go well with the citizens of the Dominican Republic. In his governance, he was also unable to stabilize the economy of the country which led to the high prices of commodities. The rise in price of commodities led to a revolt which in turn resulted in many deaths. The administration was highly criticized for not being able to curb civil and human right violations. In 1985, there was another revolt where a shootout occurred at the Concorde Hotel to prevent the election of the next PRD presidential candidate.

In 1986, Jorge Blanco stepped down from the presidency. He was also accused of corruption charges, and an arrest warrant was issued to arrest him. He evaded arrest when Jorge Blanco claimed poor health. Jorge Blanco was admitted into a private clinic. To avoid arrest, he requested the Venezuelan Government to grant him asylum. Venezuela refused to give him asylum, and so he moved to the United States to evade arrest. In 1988, Jorge Blanco was tried when Joaquin Balaguer came to power. Jorge Blanco was sentenced to twenty three years in prison. In 2001, Jorge Blanco was acquitted as he was a victim of Balaguer’s conspiracy.

Salvador Jorge Blanco was married to Asela Mera who passed away in 2007. The couple had two children, Orlando Jorge Mera (son) and Dilia Leticia (daughter). He died on December 26, 2010.