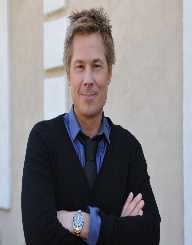 Kato Kaelin was born 5th March 1959 in Milwaukee, Wisconsin, in the United States. As a youngster, he was given the nickname of “Kato.” Kato was the character played by Bruce Lee in his television series called The Green Hornet. Kato Kaelin studied at Nicolet High School in Wisconsin, from where he graduated in 1977. He then enrolled at the University of Wisconsin-Eau Claire, but he didn’t complete his schooling, so never graduated.

It is worthy of note, though, that while he was at university, he created Kato and Friends, his own talk show, and hosted a game show.

Kato Kaelin moved to Hollywood to seek his fortune in the entertainment industry. In 1987, Kato Kaelin debuted in the movie Beach Fever. He followed this up with Night Shadow in 1989. Kato Kaelin would never have dreamt that fame would come from being a witness in the famous murder case of O.J. Simpson. He was staying on Simpson’s estate the night of the murders and was questioned as a witness during the trial.

After the trial, the National Examiner newspaper ran a headline which said, “Cops think Kato did it!”Kaelin sued for libel, and the case was dismissed. However, the decision was reversed by the Ninth Circuit Court of Appeals. They found the headline misleading and could be insinuating that Kaelin committed the murders. Kaelin settled out of court.

Kato Kaelin got regular work after the trial. He appeared on MADtv and HBO. He then won movie roles in The Still Life (2006) and National Lampoon’s Dorm Daze 2 (2006). He continued to act and make various appearances on television. He then moved into reality television participating in several shows over the years, including Celebrity Boot Camp (2002), Gimme My Reality Show (2008), and The Weakest Link. In 2011, Kato Kaelin began hosting Tailgating with Kato, a television talk show. He has been hosting it ever since.

In 1983, Kato Kaelin married Cynthia Coulter. The couple divorced in 1989, and have one child together, a daughter named Tiffany.