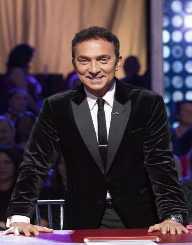 Born on November 25, 1955, Bruno Tonioli is an Italian choreographer, Television personality, and a dancer. He has been involved in numerous dance and talent shows including the British television dance competition Strictly Come Dancing in 2004, ABC TV’s Dancing, 2005 with the Stars as well as Any Given Tuesday in 2012.

Bruno Tonioli was also involved in the creation and also starred alongside Carrie Ann in BBC’s dance show DanceX as well as Dance War: Bruno vs. Carrie Ann. He has choreographed music videos and tour for popular musicians like Elton John, Boy George, Freddie Mercury, Tina Turner and Duran Duran.

Bruno Toniolo was born on November 25, 1955, in Ferrara in northeast Italy to Werther and Fulvia. His father was a bus driver and mother was into stitching car-seat covers. Tonioli and his parent spent lived with his grandfather but later moved when he was 12.

Bruno Toniolo worked as a freelance dancer at the start and was a member of LaGrande Eugene, a Paris-based company, and Lindsay Kemp. He later ventured into music choreography working with atop artist like Elton John, Dead or Alive, Duran Duran, Tina Turner, Sting and RollingStones among several others for their music video, tours, and stage shows. Working with top class artist gained him a high reputation and enhanced his career. He also served as the choreographer Arcadia band’s music video for Election Day and produced videos like Venus and Movin On in partnership with Bananarama.

Bruno Tonioli has served as created and also served as a judge on several talent shows. He alongside Carrie Ann starred in ABC’s Dance War: Bruno vs. Carrie-Ann which was premiered in 2008. Even though he is sometimes criticised for “provocative” comments after performances of contestants his posture and style has remained unchanged. He served as a judge appearing in 45 shows per tour on the US tour of Strictly Come Dancing Live from 2009 to 2010.

During an episode of the show on September 27, 2010, he termed Michael Bolton and dance partner Chelsie Hightower dance performance as the worse he had seen in all season which was in bad taste for Michael Bolton.

Bolton, therefore, reacted in the media forcing ABC to come to the cover of Toniolo. He had previously referred to Cheetah Girl, Sabrina Bryan "a little lynx on the prowl" and also called the actor and singer Billy Ray Cyrus "a crazy bear lost in a swamp."In 2012, he appeared in a Dole commercial as a mariachi singer and dancer. He played Ramona’s dance teacher on the Season 2episode of Fuller House in 2016. He had previously served as a judge on the Australian edition of Dancing with the Stars.

Bruno Tonioli has worked in several film productions including Ella Enchanted, The Gathering Storm, Dancin’ thru the Dark, What a Girl Storm, The Parole Officer, and Little Voice. Other television films include Miss Marple’s The Body in the Library, Scarlet Pimpernel Blake’s 7, The Bare Necessities and Blonde Bombshell. He is also credited for theatrical works like La Vie Parisienne; The Man Who Thinks He’s It, Godspell and Forbidden Passion.

Bruno Tonioli has appeared on numerous talk shows in the United States including The Tonight Show with Jay Leno, Larry King Live, Jimmy Kimmel Live!, Chelsea Lately, The Bonnie Hunt Show, Lopez Show, The View, Live with Regis & Kelly, Rachael Ray, and The Soup among others. He appears on Absolutely, 2003 and Tony Ferrino Phenomenon, Ghosts of Oxford Street. His has also made several appearances at The BRIT Award, Top of the Pop, Royal Variety Performances show and Miss World

Bruno Toniolo is a known gay and suffered a lot of homophobic bullying during his youth days. He is able to speak five languages including Italian, Portuguese, English, French, and Spanish. Toniolo published his autobiography Bruno Tonioli: My Story in September 2012.