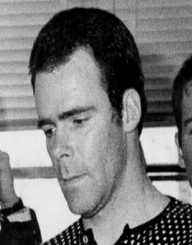 Joseph Sullivan was born on March 31, 1939. He was a Mafia hit man. He was the only person who was able to escape from Attica prison. Joseph is currently serving three life sentences.

Who is Joseph Sullivan?

Joseph Sullivan was born on March 31, 1939, in Queens in New York, United States of America. He was nicknamed ‘Mad Dog’ due to his traits. Later in his life, he became a Mafia hit man. He was incarcerated at Attica prison but escaped in 1971. Joseph did not run for long since he was recaptured. Later on, he was released on parole. However, his killing spree did not end, and so he was convicted for three murders just months after his release. Among the three murders, was the murder of Teamsters Vice President John Fiorino.

Joseph Sullivan grew up alongside five siblings. He was born to Joseph Sullivan Senior who was a city police detective and his wife. When he was thirteen years old, Joseph’s father died. The death of his father affected him both mentally and emotionally. His mother became an alcoholic as a way of dealing with the grief of losing her husband. In 1953, Joseph ran away from home and joined a reform school in Warwick in New York. At the age of nineteen, he was released from the reform institution.

Joseph later joined the United States Army but attempted to leave the army without anyone’s permission. After he was caught, he was sent to Governors Island. He, however, escaped from the facility. His autobiography states that he swam from the facility to Manhattan. He was later captured, but he pleaded insanity to avoid being court-martialled. Joseph also faked insanity to avoid serving time in jail. The authorities sent him to the Valley Forge Army Hospital where he stayed for some months.

At the age of twelve, Joseph Sullivan was committing robberies. He later started killing people. Joseph murdered a man in a bar fight which led to his arrest in 1965. In 1967, he was convicted for manslaughter and sentenced to twenty to thirty years imprisonment. He served his time at the Attica Correctional Facility. He was nicknamed ‘Mad Dog’ by his fellow inmates because he had a salivary gland disorder.

After serving four years in Attica, Joseph Sullivan escaped on April 7, 1971. He was however recaptured a few weeks later in New York. In 1975, he was released on parole with the help of his lawyer, Ramsey Clark. Joseph did not reform after his release because he joined the Genovese crime family. In 1976, he murdered two members of an Irish mob. The following year, he married Gail with whom he had two children, Kelly and Ramsey. The same year, he was suspected of killing Mickey Spillane who was the Irish mob boss.

In 1981, Joseph killed John Fiorino after he was hired to do so. In 1982, he was convicted of John’s murder and that of two other people. It is said that Joseph has killed more than twenty people in his career as a hired assassin. He was sentenced to three life sentences. He is currently held at the Sullivan Correctional Facility in Fallsburg, New York. Joseph will be eligible for parole in 2069.