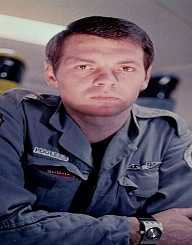 The story of a Director Par Excellence: Joshua Lockwood Logan

American stage and motion-picture director, producer, and writer, Joshua Lockwood Logan III was born on October 5, 1908, in Texarkana, Texas, United States of America, to Joshua Lockwood Logan and his wife Susan née Nabors. His father passed away by committing suicide when he was only three years old. After the untimely death of his father, he along with his mother and younger sister Mary Lee moved to his maternal grandparents’ home in Mansfield, Louisiana, USA.

Joshua Lockwood Logan used the setting of this home for his play ‘The Wisteria Trees’, after 40 years. His mother got remarried to an Army Officer six years after his father’s death. He started attending the Culver Military Academy in Culver, Indiana, where his stepfather used to work as a teacher. He attended his first drama class in the Academy and found it to be interesting. Upon completion of his high school graduation, Logan entered Princeton University in 1927. In the University, he involved himself with the University Players, the intercollegiate summer stock company and was also actively associated with the Triangle Club, the university’s venerable musical theatre troupe.

Joshua Lockwood Logan served as the President of the Princeton Triangle Club during his senior year in the University. He earned a scholarship during his last year in the University which enabled him to study acting under the acclaimed Russian actor and theatre director Konstantin Stanislavsky in Moscow. Accordingly, Logan left Princeton without completing his graduation and moved to Moscow.

In 1932, Joshua Lockwood Logan made his debut on Broadway as an actor in the historical play ‘Carry Nation’ by playwright Frank McGrath. He soon started working as an assistant stage manager and also as a director. He went to London thereafter and staged two productions and directed a touring revival of ‘Camille’. He made his Hollywood debut during the mid-30s as a dialogue writer in a couple of films. Logan returned to Broadway after the Hollywood romantic drama film ‘I Met My Love Again’, co-directed by him, Arthur Ripley and George Cukor (uncredited) failed to create any favourable response at the Box Office and incurred a loss of $64,104. The film was released on January 14, 1938.

In Broadway, starting with ‘On Borrowed Time’ (1938), which ran for around a year, Joshua Lockwood Logan started receiving success. On May 11, 1938, ‘I Married An Angel’ opened at ‘Shubert Theatre’. The play received overwhelming viewership and closed on February 25, 1939, after 338 stage performances. Riding on the wave of success, Logan came up with some more successful productions under his direction including ‘Knickerbocker Holiday’, ‘Morning's at Seven’, ‘Charlie's Aunt’, and the musical ‘By Jupiter’ over the next few years.

In 1942, Joshua Lockwood Logan was enlisted in the United States Army and worked as a public relations and intelligence officer during the World War II. He was discharged from the Army as a Captain upon completion of the World War II. He returned to Broadway after the release. Post World War II, he directed the highly successful musical ‘Annie Get Your Gun’ (1946), produced by Rodgers and Oscar Hammerstein, with music and lyrics by Irving Berlin. The show was premiered on Broadway at the ‘Imperial Theatre’ on May 16, 1946, and went on to become one of his major hits with an astounding 1147 performances in New York.

Joshua Lockwood Logan returned to Hollywood in 1955 and completed the direction of ‘Mister Roberts’ (1955) which was left unfinished by its original director John Ford due to sickness. In the same year, he completed the direction of the film version of his 1953 play ‘Picnic’ with the same title. The film was a runaway success. The film fetched six ‘Academy Award’ nominations including ‘Best Director’ and won two of them for ‘Best Film Editing’ and ‘Best Art Direction-Set Decoration and Color’.

‘Picnic’ also won the ‘Grand Prix’ award of the ‘Belgian Film Critics Association’. Logan continued to churn out some more memorable hits in Hollywood including ‘Bus Stop’ (1956), ‘Sayonara’ (1957), ‘South Pacific’ (1958), ‘Camelot’ (1967) and ‘Paint Your Wagon’ (1969). He received two Academy Award nominations for Directing for Picnic and Sayonara. In the 2nd Moscow International Film Festival, he was elected as one of the Jury members in 1961.

Success eluded him in his later Broadway productions and his 1962 production ‘All American’ and ‘Mr. President’ as well as the 1964 production ‘Ready When You Are, C.B.’ failed to enthuse much response. He also taught theater at Florida Atlantic University in Boca Raton, Florida from 1983 to 1986.

In 1950, Joshua Lockwood Logan shared the Pulitzer Prize for Drama with Richard Rodgers and Oscar Hammerstein II for co-writing ‘South Pacific’. He also received the Tony Award for Best Director for the same play.

He received two Academy Award nominations for Direction for his Hollywood movies Picnic and Sayonara.

Joshua Lockwood Logan married American Film and Stage Actress Barbara O'Neil in 1939. The marriage got terminated in 1940. In 1945, he married Nedda Harrigan, an actress and the daughter of Ned Harrigan.

Logan was a chronic patient of bipolar disorder. He had to be hospitalized for a couple of times for the mental disorder. He spoke about the disorder and the necessary measures for its treatment along with psychiatrist Ronald R. Fieve by appearing on T.V. talk shows. He became a victim of progressive supranuclear palsy (PSP) and breathed his last on July 12, 1988, in New York City.