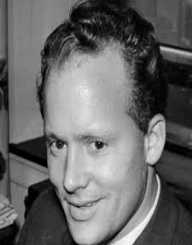 Famously known as the Irish man, Danny Greene was one of the most sought-after criminals in the United States of America. There are, however, speculations suggesting that Greene might have been an FBI informant.

Daniel John Patrick "Danny" Greene was born on 14th November 1933 in Cleveland, Ohio. It is thought that his difficult childhood might have contributed to his criminal life.

A few days after birth, he lost his mother. He was raised in an orphanage since his father could not take up the motherhood role for the infant.

His father was a heavy drinker who lost his job as a result of his drinking habit. His mother married another wife in 1939. Greene came to live with the couple at the age of six.

On several occasions, he escaped from home since he resented his stepmother. He went to live with his paternal grandfather. He spent the rest of his childhood with his grandfather.

Danny Greene lost his father in 1959. In the newspaper obituary, his name did not appear in the children of the deceased.

Danny Greene attended St. Jerome Catholic School, where he developed a good relationship with the priest and the nuns. At one point he became an altar boy in the church.

Despite his poor academic performance, his performance in sports especially basketball was excellent. After primary school, he went to St. Ignatius High School.

It was during his high school when  Danny Greene developed a dislike for the Italian student. This was brought about by the competition that the immigrant Italian students brought to the team.

He later enrolled in Collinwood High School, after being expelled from St. Ignatius High School. Just like in his previous school, he excelled in athletics.

At his new school, he joined the scouting club shortly before being kicked out. As if that was not enough, he was expelled from the school.

Throughout his early life, Danny Greene was always cautious about his looks. He looked a lot into his physical fitness. Despite developing a smoking and drinking habit at a young age, he quit the practice to make sure his health was okay,

In his dining table, you would mostly find fish, vegetables and a lot of vitamins. Despite claims that Greene disliked Italians, he worked with many of them at some point in his life.

After being expelled from school, he joined the United States Army. His behavior, however, led to his frequent transfers.

Danny Greene rose to the rank of a corporal in 1953. Later that year, the army discharged him honorably Greene won the seat of local union president courtesy of the ILA. Later Greene lost the presidency after misusing of office allegation.

During his life,  Danny Greene had made many enemies. He survived attempt for his life on several occasions. At one point a building Green and his girlfriend were staying was bombed, luckily both survived.

To control turf in Cleveland, he eliminated some of his competitors. Danny Greene killed not less than eight mafias who had been sent to kill him.

Cleveland would soon be named the 'bomb city' because of the number of bombs that exploded in 1976 alone. The bombs had been linked to Greene's gang of criminal activities.

Danny Greene's criminal activities caught up with him in 1971. His enemies had tapped his mobile phone conversation and were aware of his visit to the dentist. On 6th October 1977, a bomb in an automobile placed near his car exploded soon after he was inside his car.  Danny Greene died on the spot. His remains were cremated and buried in Calvary Cemetery.