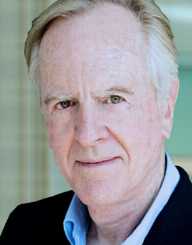 John Sculley was born on April 6, 1939, in New York City, New York, United States. He is a renowned American businessman, investor, and entrepreneur. He was the president of Pepsi-Cola from 1977 to 1983 making him the youngest CEO ever to be appointed in the company.

John later became the Chief Executive Officer of Apple Computer Inc. from April 8, 1983, until 1993. He became the highest paid CEO as at May 1987, with his annual salary at 10.2 million US Dollars. He still serves as a consultant for startups, particularly in the healthcare industry.

John Sculley was born on April 6, 1939, to lawyer John Sculley Jr. and horticulturist Margaret Blackburn. He was born in New York City, New York, United States. John spent his childhood years between New York City and Bermuda together with his brothers.

He studied at St. Mark’s School in Southborough, Massachusetts. He later attended Brown University from where he received a bachelor’s degree in Architectural Design. He earned his MBA from the Wharton School, University of Pennsylvania.

In 1967, John Sculley began working as a trainee at Pepsi-Cola Company. He became the vice president of marketing three years later in 1970. As a marketing strategist, he came up with the ‘Pepsi Challenge’ campaign which brought the company to the limelight. In 1977, he was appointed as the chief executive officer and president of Pepsi-Cola. He was the youngest CEO and President ever to serve in the company to date.

Apple had seen the potential in John Sculley especially in marketing and persuaded him to join their company. Steve Jobs who was the president of Apple Computer Inc. then, approached him and lured him to be part of the company. In 1983, he was appointed as the chief executive officer (CEO) of Apple Inc. Although he was not privy to matters of technology, his marketing strategies were a plus to Apple Inc.

However, in 1984, the company recorded low sales on the newly launched Apple Macintosh which in turn affected the relationship between Jobs and Sculley. In 1985, after the intervention of the board of directors, Jobs stepped down as the head of the Macintosh sector and eventually left the company.

Although Sculley was blamed for being the cause of Jobs’ untimely resignation, John Sculley improved the sales of the company in just a few years. He improved the Macintosh by introducing desktop publishing technology and made adjustments on the color capabilities of the Macintosh 2. He also established the portable PowerBook series which gained a wider market range.

However, he was criticized for not lowering the prices of the products and also refusing to license the Apple software. In his ten year tenure, he improved the market margin of the company from 800 million US Dollars to 8 billion US Dollars. In June 1993, the board of directors also forced him to step down from his position as the CEO. He eventually resigned officially in October of the same year and was succeeded by Michael Spindler who was serving as Chief Operating Officer.

After leaving Apple, John Sculley served shortly as the Chief Executive Officer of Spectrum Technologies Inc. He later took up a job as a consultant with Eastman Kodak Inc. In 1995, he collaborated with his brothers David and Arthur in founding a venture capitalist firm known as Sculley Brothers LLC. In 1997, alongside Bob Metcalfe founded Pop-Tech and in March 2006 became chairman of Iden Trust.

John Sculley also co-founded a Smartphone brand known as Obi Mobiles in 2014 which later changed its name to Obi World phone. In recent times he shifted his attention and focused on the healthcare industry.

He is serving as one of the board directors at Watermark Medical. John is also the developer of an in-home sleep apnea diagnostic machine. He serves as a consultant for Audax Health Solutions.

John Sculley married Ruth in 1960 and together had two children before divorcing in 1965. John remarried Carol Lee Adams in 1978 but divorced in 2011. He is currently married to Diane Gibbs Poli since 2013. The couple resides in Palm Beach, Florida. He is presently seventy-nine years old.