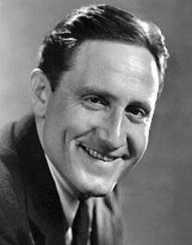 Spencer Tracy was an American actor who is best known for his performance during Hollywood’s Golden Age.

Spencer Tracy was born in Milwaukee, Wisconsin on 5 April 1900. Tracy’s parents were John Tracy and Caroline née Brown. His father worked as a truck salesman. Tracy had an older brother named, Carrol. Tracy’s mother was a wealthy Presbyterian, but he was raised in his father’s Catholic faith and was educated by Dominican nuns. He then went on to study at Jesuit academies.

However, Tracy had little interest in formal education and instead became infatuated with motion pictures. He would watch and re-watch the same film many times to learn of the scenes so that he could re-enact them. Tracy’s interest in stage acting came later when he struck up a friendship with Pat O’Brien, and the pair would attend plays together.

At age 18 Spencer Tracy joined the U.S.A Navy. He completed his training in 1919 but was discharged without ever going to seas due to the end of the First World War. He then returned to school to receive a high school diploma and attend college. Tracy went to Ripon College, and it was here he began acting. His debut was as the lead in, The Truth. Tracy was very involved in college life and was a member of the debate team, president of his hall and started an acting company.

In 1922, Tracy left college to go to the American Academy of Dramatic Arts, having been offered a scholarship to go there. After a year he graduated from the Academy and began his professional career.

Spencer Tracy immediately joined an acting company in New York. However, he was confined to minor roles and chose to leave and relocate to Cincinnati. He did not enjoy any greater success there. Tracy moved around several companies struggling to make a breakthrough. Tracy was surviving on just thirty-five cents a day and had unsuccessful stints in New Jersey and Winnipeg. Tracy eventually found a modicum of stability working with the manager William Wright.

Tracy still suffered significant setbacks when his first two Broadway productions flopped. He eventually made a breakthrough in 1926 when he performed in the George Chan directed, Yellow, on Broadway. Although not a great critical success, the production did run for one hundred and thirty-five shows. Tracy credits Chan with saving his career. The pair collaborated again in 1927 in, The Baby Cyclone, and again in, Whispering Friends.

The 1929 stock crash hindered Tracy’s progress as funding for productions became harder to find. However, in 1930 Tracy brought the house down at the opening night of, The Last Mile. The production was a hit with audiences and critics. Spencer Tracy was then explicitly picked by director John Ford to star in the film, Up the River. The film marks Tracy’s big screen debut and also featured Humphrey Bogart in his first screen role.

The Fox Film Company immediately offered Tracy a long-term contract, Tracy delighted with an offer of regular income signed and moved to California. However, Tracy struggled in his early film career. Fox cast him in some comedies, but they all failed to turn a profit. It was not until his seventh film, Disorderly Conduct, that a Tracy film was a box office success. Tracy continued to struggle to make a name for himself but stayed with Fox due to the financial security the offered. He appeared alongside Bette Davis in 20,000 Years in Sing Sing.

In 1933, Spencer Tracy finally gained some notice in the media for his film, The Power and the Glory. However, this was again followed by some disappointing movies. Tracy turned to alcohol for solace and began failing to show up for filming. He was dropped by Fox in 1935. Tracy was then picked up by MGM Studios. Tracy’s first film with MGM was The Murder Man, which notably was James Stewart’s feature film debut. Tracy’s early success was the 1936 film, Fury. This was followed by an appearance in the hugely successful, San Francisco, which starred Clark Gable.

His newfound success led to Spencer Tracy sobering up. 1937 brought huge success for Tracy as he starred in the Oscar-winning, Captain Courageous. The same year he appeared alongside Joan Crawford in, Mannequin. The following year he again appeared alongside Clark Gable in the successful, Test Pilot. He also enjoyed huge critical praise for his performance in, Boys Town. Tracy again starred alongside Gable in the 1940 film, Boom Town.

Tracy re-signed with MGM and reduced his workload to just three films a year. He appeared in Katherine Hepburn’s, Women of the Year, in 1942 and the film was a big hit for both Tracy and Hepburn. Tracy also received praise for his performance in the war drama, The Seventh Cross. In 1945, Tracy attempted to return to stage acting, but a dislike of his director marred his return and the show closed after six weeks. Tracy returned to top form in 1950 with his performance in, Father of the Bride. 1953’s The Actress, also saw praise heaped on Tracy by critics.

Spencer Tracy left MGM in 1955 after a troubled production on the film, Tribute to a Bad Man. Tracy was cast in the film adaption of, The Old Man and the Sea. However, his weight had ballooned, and Ernest Hemmingway was deeply unhappy with the casting. Tracy co-starred with Frank Sinatra in the 1961 film, The Devil at 4 O’Clock. The film was very successful at the box office. Also in 1961, Tracy appeared in, Judgement at Nuremberg, for which he was nominated for an Academy Award.

Tracy’s health began to worsen, and he had to pull out of some film productions. His final film was the 1967 classic, Guess Who’s Coming to Dinner. The film proved to be his highest grossing film and saw him star alongside Katherine Hepburn and Sidney Poitier.

Spencer Tracy married Louise Treadwell in 1923, and they had two children together. Tracy and his wife became estranged in the 1930s, but never filed for divorce. Tracy started a relationship with Katherine Hepburn on the set of, Woman of the Year. The relationship continued and existed as an open Hollywood secret. Despite the involvement, it was rumoured that Tracy had other affairs. In the later years of his life, Tracy and Hepburn lived together in Beverly Hills.

Tracy considered himself a Catholic and went through bouts of zealous adherence to his faith. He became particularly stressed when he had to portray members of the clergy on screen. He also struggled with bouts of alcoholism throughout his life. In the last years of his life, Tracy suffered from ill health due to his weight and lifestyle. Seventeen days after the completion of his final film Tracy died on 10 June 1967.

Tracy was nominated for the Best Actor Award at the Academy Awards a record nine times (Joint record with Laurence Olivier). He won the award twice, in 1937 for, Captain Courageous, and in 1938 for, Boys Town. He earned a Golden Globe Award for his performance in, The Actress. He also won a BAFTA for, Guess Who’s Coming to Dinner.