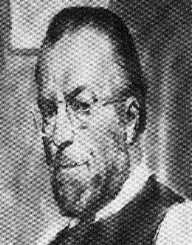 Christopher Morley was born on 5th May 1890, to Frank and Lilian Morley. He was born in Pennsylvania, United States, in a town called Bryn Mawr. Morley’s father was a mathematics professor, and his mother was a violinist. It was his mother that influenced him where his love for literature and poetry was concerned. The family moved to Baltimore, in Maryland, in 1900. In 1906, Christopher Morley enrolled at Haverford College and graduated in 1910, the Valedictorian of the school.

Christopher Morley then entered New College, Oxford, on a Rhodes scholarship. He studied modern history. During his time at Oxford, Morley was editor of The Haverfordian, including writing articles, and he was also an active member of the drama program at the college. He completed his studies in 1913.

Christopher Morley had two brothers, Felix and Frank, who were also Rhodes Scholars.

Morley’s first volume of poems, The Eighth Sin (1912), was published while he was still at college. When he graduated in 1913, he moved to New York. Morley began his career working as a publicist for Doubleday.

In 1917 he became editor for Ladies’ Home Journal, and in 1918, moved to Philadelphia to become a reporter and columnist for the Philadelphia Evening Public Ledger. During this period, Morley’s first two novels were also published. The first, Parnassus on Wheels debuted in 1917, and the second, The Haunted Bookshop, in 1919.

Christopher Morley then returned to New York, to write a column for the New York Evening Post, called The Bowling Green. Over the next few years, Morley completed a variety of work. He was a co-founder and contributing editor of the Saturday Review of Literature.

Christopher Morley authored over 100 novels, along with essays, and volumes of poetry. He also co-produced several theater productions in the late 1920s. Some of his more notable works include: The Haunted Bookshop (1919), Thunder on the Left (1925), and The Trojan Horse (1937).

Christopher Morley went on to become one of the most famous authors of his time.

Christopher Morley’s novel, Kitty Foyle (1939), would be regarded as his most famous work. The book was a best-seller, with over a million copies sold. It was adapted into a movie with the same title, which also became a hit, and won an Academy Award.

Christopher Morley married Helen Booth Fairchild in 1914. The couple had four children. They lived in Pennsylvania for some years, and then moved to New York in 1920, where they lived until Morley’s death.

After Christopher Morley’s death, Helen sold a collection of his personal writings to the Harry Ransom Center at the University of Texas in Austin, United States.