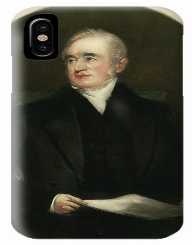 George Stephenson was born on June 9, 1781, in Wylam, Northumberland, England. He was the second child of an illiterate couple, Robert and Mabel Stephenson. His father worked for the Wylam Colliery Pumping Engine as a fireman. The income was meager and there was no money for education. Stephenson started working as a Newcomen Engine Man at the age of 17 at Water Row Pit in Newburn. He was unable to read and write till then and had a realization of the importance and value of education .

George Stephenson joined a night school where he studied reading, writing, and mathematics. He paid for his studies from the meagre income he earned as an engine man. In 1801, he found work as a brakesman in Black Callerton Colliery. Soon after that, he shifted to Willington Quay, east of Newcastle doing the same job. As a newly married man, he found that the income was insufficient for his family to sustain. Hence, he took to repairing clocks and mending shoes to supplement the regular income.

In 1804, George Stephenson went to West Moor, Killingworth Colliery to work as a brakesman at Killingworth Pit. During this period, the death of his second child, a daughter named Frances within just three weeks of her birth struck George hard. Before he could recover from the trauma of his daughter’s death, his wife passed away. Still, in a state of shock, he briefly went to Scotland, leaving his son Robert with a local woman and worked in Montrose for a few months.

In the meantime, his father met with an accident, and his eyesight became impaired. George Stephenson came back to West Moor. His unmarried sister Eleanor moved in with him to look after his son Robert. In 1811, the pumping engine at High Pit, Killingworth Colliery was not working. Stephenson offered to fix the problem and was successful after getting the required access to repair it. Consequently, he was promoted to the enginewright of the Killingworth Colliery. By his designation, he was responsible for repairing and maintaining all the engines of the colliery. Gradually, he became a specialist in dealing with the engines driven by steam.

In 1815, George Stephenson began experimenting with developing a safety lamp to be used safely inside the mines without the danger of an explosion after coming in contact with the inflammable gases present inside shafts. Eminent scientist and Cornishman Humphry Davy was also working on developing the same type of lamp. Though Stephenson demonstrated the efficacy of his light before two witnesses holding the lamp in front of a source of firedamp inside Killingworth Colliery without any untoward incident one month before Davy’s presentation to the Royal Society, the design shown by Davy was approved, and he was granted an award of 2000 pound.

George Stephenson was branded a cheat and was accused of stealing Davy’s idea. The reason for such discrimination was the difference of stature they enjoyed in public. However, in the later years, he got his due recognition when a local committee of enquiry found the truth in his claim of inventing the lamp working independently and was awarded prize money of 1000 pound.

During the initial days of the nineteenth century, Industrial Revolution was in its infancy. A practical necessity was felt among the miners to haul the coals from its originating point to the point of consumption in a rapid mass way. Steam Locomotive could solve the problem. The first design of Steam Locomotive was credited to Cornishman Richard Trevithick. George Stephenson designed his first steam locomotive in 1814. It was designed for hauling coal on the Killingworth wagonway.  The capacity of the locomotive was 30 tons, and it could run up a hill at four mph. After achieving success with his first steam locomotive engine, he went on to build 16 more such locomotives for Killingworth colliery.

In 1820, Stephenson was engaged to commission an 8-mile Hetton Colliery Railway. The railway line opened in 1822 and became the first railway to operate without the use of any animal power. After the success of Hetton Colliery Railway, he was again entrusted with the responsibility of laying a railway line between the collieries of Stockton and Darlington, a distance of 25 miles. His son Robert also joined him in this project as his assistant.

The railway line began its operations on September 27, 1825. More than 80 tons of coal was hauled by a steam engine ‘Locomotion’ at a maximum speed of 24 mph covering a distance of nine miles in two hours at a stretch. The interesting part was that a passenger car named ‘Experiment’ was attached to the inaugural journey carrying dignitaries. It was the first time; passenger traffic was transported through a steam locomotive railway.

In 1829, a race was organized to determine the fastest locomotive. There were ten entries, and amongst them, Rocket, an engine designed by Stephenson won the race by clocking a speed of 36 mph beating all the previous records. Stephenson’s next assignment was commissioning of Liverpool and Manchester Railway. The line was inaugurated on 15 September 1830. The opening ceremony was attended by the Prime Minister, the Duke of Wellington and a host of other luminaries from the government and industry.

With unprecedented success in his chosen field, George Stephenson's demand in the capacity of Advisor/ Project Head/Consultant in commissioning railway lines all over the world reached a crescendo and gradually, he became rich and famous. He is also credited with the feat of devising the standard measurement of rail gauge at four-and-a-half-feet.

George Stephenson married for the first time on November 28, 1802, when he married Frances Henderson at Newburn Church. They were blessed with a son, Robert and a daughter, Frances.

Following the death of his daughter and his first wife, George Stephenson married Betty Hindmarsh on March 29, 1820. They did not have any children. Betty breathed her last in 1845. He got married for the third time to Ellen Gregory on January 11, 1848. Ellen was working as a housekeeper in his house.

Six months after his third marriage, George Stephenson contracted pleurisy. He died on 12 August 1848, at Tapton House in Chesterfield, Derbyshire. He was interred at Holy Trinity Church, Chesterfield.