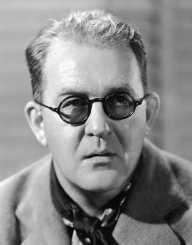 Ford was a student at Indiana University Bloomington but did not graduate.

Ford relocated to New York City in 1978 and found a job working on Science Fiction Magazine producing fiction, game reviews and articles. Ford wrote children’s novel under a pseudonym as well as other work under the names Milo Denison and Michael J Dodge before his short story This, Too, We Reconcile was published under his name in Analog in May 1976.

During 1979-1981 his Alternities Corporation sequence was published in various magazines. His first novel, Web of Angels, was published in 1980. Ford was a regular contributor up until 2002. By the early 1990s, he was living in Minneapolis doing a variety of jobs to support himself and his writing.

American writer Elise Matthesen was Ford’s partner for thirteen years up until his death in 2006.

Suffering from diabetes for most of his life which led to renal failure which resulted in a kidney transplant in 2000.