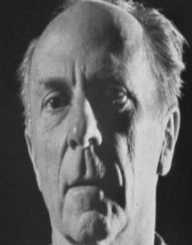 Most of his works were characterized with the American especially the Californian approach to modern photography due to his attention to the people and places of the American West. Being the first to receive the Guggenheim Fellowship in 1937, Edward  Weston produced almost 1400 negatives with his 8 × 10 view camera just within two years from that. Known as one of the masters of 20th-century photography, most of his famous works were shot of trees and rocks at Point Lobos in California.

Edward Weston was born onMarch 24, 1886, in Highland Park Illinois to Edward Burbank Weston and Alice Jeanette Brett. His father was an obstetrician and his mother a Shakespearean actress. He was the second child of his parents. At age five, his mother died and was since raised by his sister, Mary who was nine years older than he was. His father remarried when he was nine year, but Edward  Weston and May never got along well with their stepmother as well as stepbrother.

After May married and left the house in 1897, Edward  Weston was mostly left on his own since his father dedicated all his time to his new wife and her son. With time, Edward  Weston dropped out of school. Weston’s father bought him his first camera, a Kodak Bull’s Eye #2 as ahis16th birthday gift. This was when he started to develop an interest in photography and took it on a vacation Midwest. After his return, he got himself a 5 × 7-inch view camera as he had fallen in love with photography. The distance between him and his father increased family left California and Weston remained isolated in Chicago. He started his photography on a farm owned by his aunt and Chicago parks and later developed his own films and prints.

After his family left, Edward  Weston started working at a local department store while still engaging in photography. He was able to perfect his photographing skill that he submitted some of his works to the Camera and Darkroom magazine. The magazine reproduced a full page of his picture Spring, Chicago in their April 1906 issue. This became the first time his photos were published.

In 1906, Edward  Weston was convinced by his sister May to move from Chicago to California near her home in Tropico. While there, Edward  Weston decided to pursue his photography career but needed some professional training. Realising this, he moved to Effingham, Illinois to enrol in the Illinois College of Photography for a nine-month course. Already having some knowledge of it, Edward  Weston was able to complete within six months. However, the school demanded he paid the full nine months tuition before giving him a diploma, which he refused. In the spring of 1908, Edward  Weston moved back to California.

Edward  Weston got a job as a negative retoucher at the George Steckel photography studio in Los Angeles. After a brief work there, he moved to the Louis Mojonier studio where he would work for several years. While there, Edward Weston learned the techniques and business aspects of operating a photography studio. After almost two years of understudying Louis Mojonier, Edward  Weston sought to be independent and therefore opened his business, The Little Studio in Tropico in 1910. He recounts his sister asked why he chose Tropico instead of a Los Angeles and he answered:"Sis, I'm going to make my name so famous that it won’t matter where I live."Edward  Weston started working on his own for the next three years, and the diligence attached to his work paid off as he gained recognition for his works

Edward  Weston wrote articles and published his works in magazines like American Photography and Photo-Era and won prizes in national competitions. Edward  Weston later joined by a Los Angeles photographer Margrethe Mather in 1913 who became his assistant, and the two worked together for about a decade. In 1916, Edward  Weston also mentored photographer Johan Hagemeyer who he sometimes lent his studio. In 1920, Edward  Weston also met Roubaix de l’Abrie Richey known as Robo and Tina Modotti a stage and film actress who Robo claimed to be his wife. Weston and Modotti grew intense affection for each other and became lovers.

Edward  Weston continued to work with Mather who later became a partner of the studio. They worked on portraits signed with their names. In 1920, Edward  Weston started to take pictures of nude models started with his wife Flora and children and later his assistant Mather and alsoModottiand continued with others for the next twenty years. His transition in photography from the old soft-focus pictorialism to the cleaner edge style started in 1922, during a visit to his sister in Middletown, Ohio. There, he took photographs of the tall smokestacks at the nearby Armco steel mill, and noticed that great change and said it was a beginning of a new era.

Edward  Weston along with Mather and his son Chandler left for Mexico on July 30, 1923, where he did some exhibition and built his reputation as a good photographer. After a year stay, the returned to San Francisco and established a studio with Hagemeyer. In 1925, Edward  Weston went back to Mexico with his son Brett. This time around, his photography was focused on local scenes, toys, and folk arts. One of his strongest images at this time it the three black clay pot. The art historian, Rene d’Harnoncout, described it as "the beginning of a new art."

Edward Weston was married to Flora May Chandler on January 30, 1909. Flora was a friend of Weston’s sister May who he met during a visit to Tropico. The couple had four children, Edward  Weston Theodore Brett Weston, Lawrence Neil Weston and Cole Weston. Almost all his children followed in his footsteps to become prominent photographers in their own right.

They divorced in 1937, Edward  Weston also had relationships with several other women especially with those Edward  Weston took nude photographs of during his career. His second marriage was to Wilson on April 24, 1939. The two had been working together for some years and had a romantic relationship in the process. Weston died January 1, 1958. Edward  Weston was cremated, and his ashes were scattered in the Pacific Ocean by his sons.

Edward  Weston and Wilson worked on several pieces. He received a Guggenheim grant of $2,000 for a year in 1937. He used it to travel to many places for his photography work along with Wilson and his children. He came up with 1260 negatives during these trips. He came up with several publications, including, Seeing California with Edward Weston.

Edward  Weston took the photographs while Wilson did the writings. In 1940, they came up with California and the West. He worked on several other projects until 1947, when he was diagnosed with Parkinson disease, making him less effective.