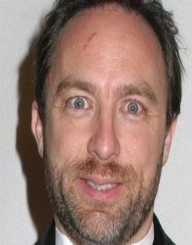 Jimmy Wales or also known as Jimmy Donal Wales is one of the most successful American internet entrepreneurs of the world. He is also famous by another name of online moniker Jimbo.  His work can be recognized from his famous online non-profit website which is considered as the encyclopedia for everything i.e. Wikipedia and for another company which works on a profit basis and distinguished by the name of Wikia. The company is a web hosting company which forms the part of the income for Jimmy.

Jimmy Wales was born on August 7, 1966, in Huntsville, Alabama to Jimmy and Doris Ann. His father was a store manager in that city. He did his schooling from Randolph School which was also considered as a University Preparatory School. As a child, Jimmy Wales was a keen reader, and when he was three, his anxious nature made him the proud owner of the world-famous Wikipedia.

His interest developed as a result of the acts of his mother who bought him his first book which was a world book encyclopedia from a door to door salesman. This motivated him to develop a keen interest in the reading and gathering vast knowledge. Besides having this interest in reading, Jimmy also kept his awareness on the schooling system prevailing at that time and also the role of the government organization in the working of that system. He was strictly critical about the interference made by those government organizations into the schooling system at that time.

The career of Jimmy Wales is quite astonishing and fascinating. He has had his own set of ups and downs to follow in his career as an entrepreneur. Wales had completed his higher studies from the University of Alabama, and during the time he was graduating, he used to teach at two different universities which didn’t last long as he dropped off this teaching job before completing his Ph.D.

After dropping off from the previous job, Wales took up a job in finance and later he even worked in Chicago as a research director of Illinois, Futures and Options Films in 1996. His career can be a perfect example of a person who was trying to find himself and moving in the direction of trying to make a difference in society.

During his term as a director, he and two more partners founded an adult web portal by the name of Bomis featuring adult content which was later replaced by its successor in the name of Nupedia.

But, the big things were yet to happen for Jimmy Wales. Wikipedia was launched by Jimmy Wales along with Larry Sanger and others. While the concept of Wikipedia earlier was restricted to supporting Nupedia, but it was the ideology of Jimmy Wales to launch Wikipedia as an open source website with the primary aim of accepting such articles from every possible source even if it included getting articles from ordinary people.

The risk paid off for all of them, and Wikipedia came out to be a huge success and just within the span of a few days this new website had beaten their previous source i.e., Nupedia.

The entire idea for the development of such a platform was that of Jimmy Wales but the project was funded by Bomis entirely and the initial guidance was provided to the project by Larry Sanger especially during the initial stages of the project. However, the same platform also leads to an outburst of a bizarre controversy on the name of the website and regarding its founding members. Allegedly an article in 2001 reported that Jimmy Wales was the co-founder of the site to which the entrepreneur cleared that he was not the co-founder but rather the only founder for the platform.

Later on, Wales also went on to work on the Wikimedia Foundation Board of Trustees, which is a non-profit organization established with the primary aim of helping out in operation and working of Wikipedia and there Wales had the seat of community founder. Later in 2004, he led to another adventure of co-founding Wikia, which was a profit organization working for hosting services.

Wikipedia came out to become the world’s largest encyclopedia, and his work for Wikia prompted Times magazine to feature Jimmy Wales in the list of 100 most influential people in the world.

With all the pursuits in his professional life, Jimmy Wales was not a kind of family person. This can also be seen from the three marriages he has had in his lifetime. The first time he got married was at the age of 20, when he got married to Pamela Green who was a co-worker with him. Both of them were working at the same grocery store in Alabama. But, unfortunately, the marriage couldn’t last long, and the couple got divorced in the year 1993.

Then, Jimmy married another woman by the name of Christine Rohan, in the year 1997 in the Monroe country. They met when Christine was a worker at Mitsubishi as a steel trader. This time also, the marriage also could not last long, and the couple got separated within a year i.e., in the year 1998. But before the couple separated, they had a daughter from the wedlock.

Jimmy Wales married again for the third time in the year 2012 to Kate Garvey. Jimmy met her in Davos, Switzerland and she was a former diary secretary of Tony Blair. The couple also had two daughters from the marriage.

Jimmy Wales is a strong headed person. He has himself admitted that he is an atheist and instead believes in the philosophy of reasoning than believing. He is also an adherent of Objectivism which means that he supports the thinking that any person is allowed to do anything and there shall be no restrictions until and unless the act is affecting any person. He is a kind of libertarian.