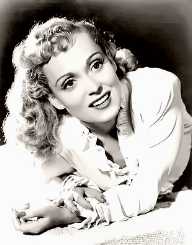 Martha Ellen Scott was born on September 22nd, 1912. She got famous for being a phenomenal American actress during the golden years. Notable films that she featured in included The Ten Commandments – 1956and Ben-Hur-1959. In these films, Scott was acting as Charlton Heston mother. In her acting career, she was nominated for an academy award for reprising her role in Our Town.

Martha Scott was born on September 22nd, in 1912. Her place of birth was in Jamesport, Missouri. She was born to Walter Alva Scott and Letha McKinley. Her father was a garage owner and an engineer. Her mother was regarded as the second cousin to the 25th president of the US, i.e., William McKinley Jr. when Scott was aged 13; her family migrated from Jamesport to Kansas City. Later, they further moved to Detroit, Michigan. After joining high school, Scott’s interest in acting grew, and she continued with the urge when she was at the University of Michigan. Sooner or later, she graduated from the university in 1934 with a Bachelor of Arts degree.

While Martha Scott was still fresh from college, she was fortunate to land on stage productions for the Globe Theatre Troupe. They were playing Shakespeare productions at this time. After some time, she shifted to the New York City where she worked on radio dramas and stage acting. In 1938, she appeared on Broadway for the first time while acting in Our Town.

In 1940, Martha Scott made her film debut while reprising the role that she had played in the 1938 film called Our Town. Her role got her high acclaim and later earned her an Academy Award nomination. During this time, she was contesting for the award alongside other Hollywood’s celebrated names with the likes of Joan Fontaine, Katharine Hepburn, Bette Davis and Ginger Rogers who bagged home the Academy Award.

Martha Scott enjoyed success over the coming decade for reasons that she had received an Oscar nomination. This landed her huge film roles that would garner her high acclaim in the film industry. Some of these roles included Ben-Hur, The Ten Commandments, Airport 1975 and The Desperate Hours.

Scott also featured in some TV shows while she was acting on films. Her first role on TV was in 1950 The Nash Airflyte Theater. After this, she was a guest feature in different shows such as Robert Montgomery Presents, The Courtship of Eddie's Father, Ironside, and Route 66. She also managed to play small roles in hit shows such as The Sandy Duncan Show, The Mod Squad, and The Love Boat among others.

Martha Scott got married two times. On the first occasion, she had tied the knot with Carleton William Alsop, a radio presenter. Their marriage lasted for six years from 1940 and ended six years later in 1946. After this, she tied the knot for the second time to Mel Powell in 1946. In both affairs, she had three children altogether.