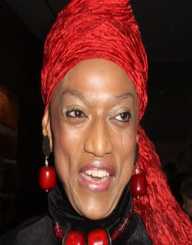 Jessye Mae Norman is a multi-award winning American opera singer and recitalist. Born on September 15, 1945, she was one of the best sopranos of her era. Norman enjoyed career success especially with the Wagnerian repertoire and her roles in Leonore, Ariadne, Sieglinde, and Alceste. She has received several awards and honours including an induction into the Georgia Music Hall of Fame, Grammy Lifetime Achievement Award and a member of the British Royal Academy of Music.

Jessye Mae Norman was born on September 15, 1945, in Augusta, Georgia to parents Silas Norman and Janie King-Norman. His father was an insurance salesman and mother a schoolteacher. A child prodigy, Norman, Norman displayed her musical talent at a very young age singing in church at the age of four. She also learned how to play the piano at a very young age.

She then did her graduate studies at the Peabody Conservatory in Baltimore and later transferred to the University of Michigan School of Music, Theatre & Dance, receiving her master’s degree in 1968.

Jessye Norman moved to Europe after completing her education. In 1969, she earned a three-year contract with Deutsche Oper Berlin after winning the ARD International Music Competition in Munich. This commenced her operatic career making her debut as Elisabeth in Richard Wagner’s Tannhäuser, 1969 at the Deutsche Oper Berlin.

Her performance and unique but powerful voice were highly acclaimed by critics, and he secured her future operatic engagements. Norman performed with Italian and German opera companies, mostly playing the role of a princess or important figures. Her Italian debut was in 1970 in Handel’s Deborah in Florence, Italy. She appeared as Sélika in Meyerbeer's L'Africaine, 1971, at the Maggio Musicale in Florence.

Gaining fame and much attention, Jessye Norman played the title role in Giuseppe Verdi’s Aida at the La Scala in 1972 and followed it with the role of Cassandra in Berlioz’s Les Troyen at the Royal Opera at Convent Garden, London. That same year, she repeated her appearance as Aida in a concert version Aida at the Hollywood Bowl in the United States.

In the US she also embarked on a recital tour and appeared in an all-Wagner concert at the Tanglewood Festival in Lenox, Massachusetts, before returning to Europe. She returned to the US in 1973, for the Great Performance series at Alice Tully Hall in Lincoln Centre.

During 1970, Jessye Norman toured Europe performing recitals of works by Richard Wagner, Erik Satie, Franz Schubert, and Johannes Brahms among others. Establishing herself in Europe, Norman made an operatic debut in the United States in 1982 with the Opera Company of Philadelphia. She appeared as Jocasta in Stravinsky’s Oedipus and Dido in Purcell's Dido and Aeneas. The following year, she made her debut at the Metropolitan Opera appearing as Cassandra and Dido in Berlioz’s Les Troyens.

Norman cemented her credentials as one of the best soprano singers in the world during the 1980s. She performed at the second inauguration of US President Ronald Reagan on January 21, 1985. The following year she sang at the 60th birthday celebration of Queen Elizabeth II and later appeared as a soloist in Strauss’s Four Last Songs, alongside the Berlin Philharmonic for their US tour. She has since performed and produced award-winning recordings. She currently does more recitals and concerts. She has received numerous awards and honours.