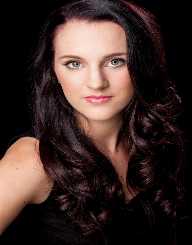 Fondly remembered as the “Nightingale of the Andes,” Yma Sumac was an accomplished singer during the 1950s. A native of Peru, she became popular with the public due to her singing skills and a vocal range that spanned four octaves.

She died of colon cancer in her Los Angeles home in California on November 1, 2008. Sumac was believed to be 86 years old at the time of her death.

The Last of the Inca Princesses is Born

Sumac was born as Zoila Augusta Emperatriz Chavarri del Castillo in Cajamarca, Peru on September 13, 1922. There were disputes regarding Sumac’s exact birth year since records stating her birth year is actually on 1925 and some 1927. She came from a family of direct lineage to Atahualpa, the Incan emperor, of which she shared later on at interviews given at the height of her fame.

Yma Sumac started out by singing in Lima. Later on, she met Moises Vivanco, a known composer, and bandleader who she married later on in her life. Vivanco provided the opportunity for her to pursue a career in singing hence accompanied the songstress on her relocation to the United States in 1946. The two tied the knot in 1942 but split after she discovered he fathered twins from another woman. The couple had a son named Charles as the fruit of their union. They remarried a second time only to end up again in divorce on 1965.


The Peruvian Songbird in America

Soon enough, the world witnessed the singing prowess of Yma Sumac upon her arrival in US soil. With the help of Vivanco, she established her career and performed regularly on television, the radio and on clubs in New York. Before working as a solo artist, she worked with Vivanco in a band called Inca Taqui Trio.

Sumac left the band and continued as a solo artist. Already garnering attention with her four-octave vocal span from baritone to high soprano, her fame rose at a higher rate with the release of her first album entitled Voice of the Xtabay in 1950. The following year, she made her Broadway debut by appearing in the musical Flahooley. Sumac is responsible for the hit Mambo!, which was released in 1954.

In every performance, Sumac took pride in her Incan ancestry and dressed flamboyantly during her shows. She was usually garbed in heavy jewelry and patterned clothing that emphasized her Peruvian lineage. Her choice of fashion prompted the public to spread rumors about her that she is Cremona String Quartet member and New York borne-cellist Amy Camus.

Due to her fame, Yma Sumac soon set out for a string of concerts starting to the US, across Europe and her native South America. She made an appearance in the 1954 film Secret of the Incas and released another hit single in 1959 entitled Fuego del Ande.

Her popularity was already declining at an alarming rate as early as the 1960s. In a vain attempt, Yma Sumac released the 1972 album Miracles that contained rock vibes which panned out flatly. Regardless of the album’s success, Sumac still had her following but later on, withdrew from performing altogether.

The Order of the Sun and other Awards

Yma Sumac has her star named after her in the Hollywood Walk of Fame an in 2006, the government of Peru awarded Sumac with the Orden del Sol or the Order of the Sun, as a token of recognition for her talents and accomplishments.