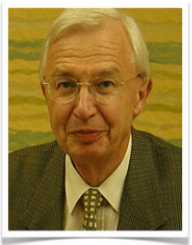 Jean-Marie Lehn was born in Alsace, France on the 30 September 1939. His father Pierre was a baker and his mother Marie, a homemaker who also ran the bakery. The couple had four sons.

Jean-Marie Lehn attended high school at the College Freppel in Obernai. During his high school years, he was taught the piano and organ. His school subjects included modern and classical languages, literature and philosophy.

He earned a Ph.D. in chemistry from the University of Strasbourg in 1963.

In 1970, Jean-Marie Lehn became a professor of chemistry at Louis Pasteur University in Strasbourg. From 1979 he was also a professor at the Collège de France in Paris.

His first position was as an assistant professor in the chemistry department of Strasbourg University. His research involved studying the physical properties of molecules. In 1968 his investigation led to the synthesis of cage-like molecules. Organic chemistry allowed him to engineer cages with the desired shape, thereby allowing a particular type of molecule to lodge itself within the enclosure. This opened the door for a new field of chemistry.

Jean-Marie Lehn received the Nobel Prize in Chemistry in 1987 for his research into the laboratory synthesis of molecules that mimic chemical functions of molecules in living organisms. The prize was shared with Donald J Cram and Charles J. Pedersen.