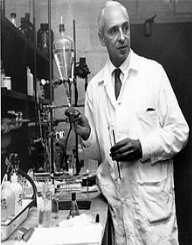 Julius Axelrod was born on the 30th of May 1912 to Isadore Axelrod, a basket weaver, and his wife, Molly. He and his parents, Jewish immigrants from Poland, lived in a poor Jewish neighborhood of the Lower East End of Manhattan, New York City.

Julius Axelrod wanted to be a Physician. He studied at the College of the City of New York and received his bachelor’s degree in Biology in 1933. This was a tuition-free college he attended after exhausting the family’s meager savings in his previous school. He had begun his studies at the New York University. He then tried to enter into medical school, but he was rejected by everyone he applied to. He had very low grades in chemistry especially in the area of quantitative analysis. Ironically, this was the areas he gained a lot of reputation in later years.

After his effort and inability to enter into medical school, Julius Axelrod went back to the New York University. He worked there as a laboratory technician at the Harriman Research Institute for a short time. He spent his time assisting in research into enzymes in malignant tumors. He then later got a job in the New York City Department of health in 1935. He began his work here assisting George B Wallace, a retired Pharmacology Professor, in his research and testing of vitamin supplements in food.

While Julius worked here, he continued his education. He attended night school in New York University and did postgraduate studies in Chemistry. He got his Master of Sciences degree in 1941.

In 1946, Julius Axelrod got a funded project from George Wallace to research how analgesics worked. He did his research on the reason why users of non-aspirin painkillers were developing methemoglobinemia. This was a blood condition which results in the abnormal production of hemoglobin.

Bernard .B. Brodie invited Axelrod, a pharmacologist to do this research at the Goldwater Memorial Hospital. Together they discovered that acetanilide, which was the main ingredient, was the cause. They recommended that it be replaced with acetaminophen which was marketed as paracetamol Tylenol. This is the year the 2000s became one of the bestselling painkillers in history.

In 1949, Julius Axelrod joined the National Heart-lung and Blood Institute, a part of the National Institutes of Health. By 1952 Julius Axelrod had begun doing his independent research. He started with examining the effects and mechanisms of caffeine. This led him into research into the sympathetic nervous system and its main neurotransmitters.

Julius took a break from his research work in 1954 to attend the George Washington University Medical School for his Ph.D. Notwithstanding that he was already a senior chemist at the NHI at the time; he needed the Ph.D. to advance in his work. He was able to submit some of his earlier research. Thus, he received his Ph.D. within a year. In 1955 he returned to the National Institute of health and made some of his most significant findings in pharmacology, neurochemistry, neurotransmitters, and metabolism.

In 1967, Julius Axelrod was awarded the Gardiner Foundation International Award for outstanding discoveries or contributions to science.

In 1970, he was awarded the Nobel Prize for discoveries in physiology or medicine that led to benefit for humankind.

In 1979, he was elected Foreign Member of the Royal Society (ForMeRs) for substantial contributions to the improvement of natural knowledge.

Julius Axelrod made significant contributions to the understanding of the physiological effect of Sympathomimetic Amines on neurotransmitters.

His discovery of reuptake action in neurotransmitter neuropinephrine led to his reception of the NobelPrize.

He contributed to the development of controlled medication such as Chlorpromazine and Ritalin which were fundamental in the design of drugs to treat psychiatric disorders and control violent psychotic behavior.

Julius made major contributions to the understanding of the pineal gland which was referred to as the third eye. Its role was previously undiscovered by scientists. He discovered how it is regulated during sleep-wake cycle. He also used his influence as a Nobel Laureate to influence policies that affect the world of science.  He likewise threw the weight of his name into protests against the detention of scientists by the Soviet Union.

Julius Axelrod was a member of the board of sponsors of non-profit organizations that use scientific analysis and research to make the world more secure. Such agencies include Federation of American scientists and the International Academy of science.

Julius Axelrod was born and raised in a Jewish family. He was, however, non-observant and a self-proclaimed atheist. Nevertheless, he identified with the Jewish culture and threw his weight into protests against anti-Semitism.

Julius Axelrod was known to wear an eye patch due to the loss of one eye. While he worked at the Harriman Research Laboratory in New York City, an ammonia bottle exploded, causing him to lose his left eye.

In 1938, Julius Axelrod married his wife, Sally Taub. She had a degree in Chemistry but worked as an elementary school teacher after the birth of their children. They had two children, Paul and Alfred, together.

Julius Axelrod died December 29, 2004, at the age of 92. He was survived by his two children and three grandchildren. His wife had died earlier in 1992.