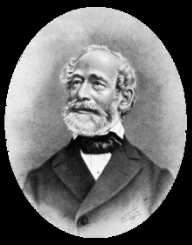 William Christopher Zeise was born on October 15, 1789. He was a Danish organic chemist. He was credited for synthesizing the first synthetic organometallic compound which he gave the name ‘sal kalicoplatinicus inflammabilis.’

William Christopher Zeise was born on October 15, 1789, in Denmark. He was born to Frederick Zeise who was an apothecary and Johanna Helena Hammond. He attended Slagelse Latin School for his early education. In 1805, he moved to Copenhagen. There he became an apprentice as a pharmacy assistant under Gottfried Becker at the Royal Court Pharmacy. He, however, returned home after a few months due to ill health. He later developed an interest in natural philosophy.

In 1806, William Christopher Zeise moved to Copenhagen where he served as an assistant to Orsted. He assisted Orsted in preparing university lectures. In 1809, he joined the University of Copenhagen where he studied medicine, physics, and chemistry. In 1815, he graduated from the university with a Degree in Pharmacy. In 1816, he obtained his Master’s Degree. In 1817, he submitted his doctoral thesis titled ‘The Effect of Alkalies upon Organic Substances.’

William Christopher Zeise later moved to Gottingen where he researched at Friedrich Stromeyer’s laboratory. He, later on, moved to Paris where he became friends with chemist Jons Jacob Berzelius. In 1819, he returned to Copenhagen where he collaborated with Orsted to further his work in science. He established a small laboratory that he called Royal Science Laboratory. He trained ten students in the first year of the laboratory being operative. In 1822, he became extraordinary Professor of Chemistry at the University of Copenhagen.

In 1823, William Christopher Zeise discovered a new family of sulphur-containing compounds at his laboratory which he named xanthates. In 1824, Orsted established the Danish Polytechnic Education Institution which was officially opened in 1829. William played a significant role in the expansion and organization of the chemical laboratory. In 1830, he discovered the Zeise salt, that is, ‘sal kalicoplatinicus inflammabilis.’ In 1832 he discovered thiolalcohols. In 1833, he discovered thiothers.

William Christopher Zeise received a Silver Medal from the Royal Danish Academy of Sciences and Letters. In 1836, he became the Knight of Order of the Dannebrog, an honor bestowed upon him by the Danish Monarch.

In 1842, William Christopher Zeise married Maren Martine Bjerring. He died on November 12, 1847, in Copenhagen in Denmark. He died at the age of fifty eight.