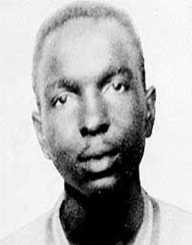 James Chaney was born on May 30th, in 1943. He was an American civil rights leader who was killed during Freedom Summer. The Ku Klux Klan members murdered him in an area close to Philadelphia in Mississippi.

James Chaney was born James Earl Chaney on May 30th, in 1943. He was the first born son to Ben Chaney Sr. and Fannie Lee. Chaney had a younger brother called Ben and three other sisters.

For his early education, Chaney enrolled with a Catholic school. Later, when he was 15 years old, he joined high school.

As a civil rights fighter, James Chaney was among those that were involved in the Freedom Ride which ran from Tennessee to Greenville in Mississippi. Also, he participated in another one that went from Greenville to Meridian. Around the early 1960s, Chaney and his younger brother partook in non-violent demos.

James Chaney alongside other civil rights workers was killed in a small town close to Philadelphia. His partners that were also murdered including Andrew Goodman and Michael Schwerner. The three victims were in the process of investigating after Mt. Zion Methodist Church had been burned down. This was a location where their Congress schooled.

After the three civil rights workers were killed, their bodies were buried in a dam. It took 44 days for their bodies to be discovered later on. Their missing situation gave them profound fame as they were the talk of the nation for some time.

In spite of the gruesome death that James Chaney and his friends faced, the former U.S. President, Barrack Obama bestowed the three civil rights workers with a Presidential Medal of Freedom award. They were presented with the award in 2014. Before this, his father, Ben honored him by establishing the James Earl Chaney Foundation.

James Chaney had not been married before his murder. He was raised by his father called Ben and his mother, Lee Chaney.

James Chaney's cause of death was as a result of murder. He passed away on June 21st, in 1964. He was 21 years old when he passed away.