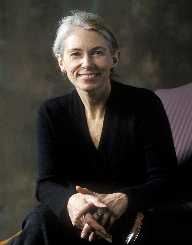 Catharine MacKinnon is an American native who has written a number of books and also goes on various universities as a lecturer and speaker. MacKinnon is a morally invested feminist besides being a scholar. Her public forums usually tackle the topics of women’s rights and the immediate concerns regarding the topic.

She was romantically involved for a while with Jeffrey Mason, a well-known animal-rights activist, and author.

Born on October 7, 1946, as Catharine Alice MacKinnon as a native of Minneapolis, Minnesota, she was the eldest of 3 children; a big sister to two younger brothers. Her parents were Elizabeth Valentine Davis and George K. MacKinnon. Her father worked as a lawyer, and later on as a congressman from 1947 until 1949. He went back to his practice and served as a judge for 26 years at the US Court of Appeals for the DC Circuit from 1969 until 1995.

Like her mother, she also attended Smith College and not only did she became the third generation of her family to do so, but she also graduated at the top 2 percent of her class with a Bachelor of Arts in government in 1969. She decided to further enhance her studies and enrolled at Yale Law School to pursue her Juris doctor in which she obtained in 1977. Later on, she took on her Ph.D. in political science at Yale University 10 years later in 1987.

Besides being a well-versed scholar, MacKinnon is also widely sought after for her knowledge and understanding regarding the topics of sexual harassment, women’s rights, prostitution, and pornography. While working on her JD at Yale Law School, she worked on an essay of which argues that sexual harassment is a form of discrimination based on sex back in 1977. This writing was later published 2 years later in 1979 entitled Sexual Harassment of Working Women: A Case of Sex Discrimination which also signaled her debut as a writer. The publication was made by the Yale University Press and this particular work of hers became the basis for creating a legal claim for sexual harassment as a form of discrimination based on sex filed under the Civil Rights Act of 1964.

Aside from sexual harassment, MacKinnon also tackled on the topic of pornography. She worked alongside Andrea Dworkin, a feminist activist. The two of them defined pornography as a civil rights violation as a form of human trafficking and sex discrimination. According to them, pornography sexually explicit the subordination of women which dehumanize them as sex objects, commodities, and things.

Some of her well-known books were the 1989 publication of Toward a Feminist Theory of the State, Only Words which was published in1993, a casebook entitled Sex Equality published in 2001 and also had a 2007 edition, the 2005 release of Women’s Lives, Men’s Law, and Butterfly  Politics which was released in 2017 to name a few.