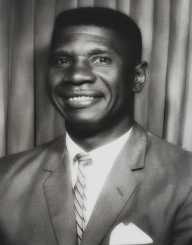 Medgar Wiley Evers was born 2nd July 1925 to James and Jesse Evers. He was born in Mississippi, United States, in a town called Decatur. Evers had four siblings and had to walk 12 miles on a daily basis to attend school, which at the time, was segregated. He earned his high school diploma.

In 1943, Medgar Evers joined the United States Army and fought during World War II. He served in Europe, and in 1944, he fought in the Battle of Normandy. Evers left the army in 1945, with an honorable discharge as a Sergeant.

1948 saw Medgar Evers resume his studies, enrolling at Alcorn Agricultural and Mechanical College. He majored in business administration and graduated in 1952 with his Bachelor of Arts.

Medgar Evers married in 1951, and together, the couple moved to a town in Mississippi called Mound Bayou. The town was established by African Americans, and Evers became a salesman for Magnolia Mutual Life Insurance Company, owned by T.R.M. Howard. Howard was also the President of the Regional Council of Negro Leadership (RCNL), and Evers became involved with the group, helping to organize boycotts of gasoline stations that didn’t allow blacks to use the restrooms.

In 1954, Medgar Evers applied to the University of Mississippi, Law School, but being a segregated school, Medgar Evers was turned away because of his color. In conjunction with the National Association for the Advancement of Colored People (NAACP), Evers took his application to court as a test case. Historically, in 1954, the US Supreme Court ruled that it was unconstitutional for public schools to be segregated.

Medgar Evers became a prominent black leader in the area due to his constant efforts for the advancement of colored people and coming up against white supremacy groups that were fighting against integration in schools and other civil rights outcomes.

Medgar Evers came close to harm on more than one occasion, with a Molotov cocktail being thrown into his carport in May 1963, and also almost being run-down by a car in June 1963, as he left an NAACP office.

Living with the threat of harm and death was a daily occurrenc Medgar Evers. He was regularly escorted home by FBI cars or police escort. There was a high Ku Klux Klan presence in the area where Evers worked and lived.

On 12th June 1963, Medgar Evers returned home in the early hours of the morning, having been at meeting with NAACP lawyers. Medgar Evers was shot in the back after he got out of his car and started walking towards the house.

It is worth noting that there was no FBI or police escort on this particular evening. Many believe it is due to there being a high number of Klan members in the police force at that time.

His wife Myrlie found him outside the front door. He was rushed to hospital, where he was initially refused entry due to his race, but when they were made aware of who Evers was, he was admitted. He died just under an hour later. The hospital had been an all-white hospital, and Evers was the first African-American to be admitted.

De La Beckwith was twice let off conviction due to the juries being all white. Evers’ wife, Myrlie, never gave up on getting a conviction for her husband’s murder, and when a new judge was assigned to the county, she once again put forward the case. Even though it was 31 years later, in 1994, De La Beckwith was convicted and found guilty. He appealed the conviction, but the Supreme Court upheld it, and he went to prison, where he died in 2001.

Medgar Evers married Myrlie Beasley in December 1951. She had been one of his classmates. They had three children.

Medgar Evers has had statues built in his honor, and buildings, ships, and streets named in his honor. His widow, Myrlie, became an activist in her own right and chaired the NAACP for a period.

She also co-wrote a book about Evers’ life, called For Us, the Living, published in 1967. It was later adapted into a movie.

It is through the courage of individuals such as Evers that civil rights standards were lifted and advanced throughout the years that followed.