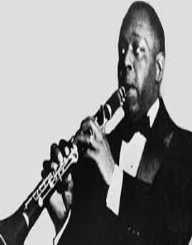 Johnny Dodds was born on April 12, 1892, in Waveland, Mississippi. He was an instrumentalist especially clarinet and saxophone. He grew up in New Orleans. He was well known for his album under his name and style. He collaborated with other well-known bands like Joe “King” Oliver, Jelly Roll Morton, Lovie Austin, and Louis Armstrong. Dodds and his brother, Warren ‘Baby’ Dodds worked together in New Orleans Bootblacks in 1926.

In his early years, Johnny Dodds shifted to New Orleans to learn the clarinet under Lorenzo Tio. He associated with bands of Frankie Duson, Kid Ory, and Joe ‘King’ Oliver. He first recorded in 1923 when he played in Chicago with Oliver’s Creole Jazz Band.

He played with his friend, Natty Dominique, with expert skill. Oliver’s band disbanded in 1924.

During the period 1927 – 1929, Johnny Dodds profusely recorded under his name and style for Paramount, Brunswick, and Victor.

In 1930, Dodds' health deteriorated, and he could not achieve many recordings except for two records in 1938 and 1940.

Dodds known for his know-how and skill as an instrumentalist was an inspiration to future clarinetists like Benny Goodman.

Johnny Dodds breathed his last in August 1940 in Chicago due to heart-related problems.

Johnny Dodds was inducted into Jazz Hall of Fame in 1987.