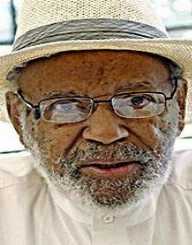 James Meredith was born on June 25, 1933, in Kosciusko, Mississippi. He is an African-American civil rights activist, writer, Air Force veteran and political analyst. He is also the first African-American who enrolled as a student in the racially segregated University of Mississippi in 1962. He graduated with a law degree and became actively involved in politics and civil rights campaigns especially during President Kennedy’s administration. He is still active in civil rights movements and campaigns.

James Howard Meredith was born to Moses Meredith and Roxie Patterson in Kosciusko, Mississippi. He was born on June 25, 1933, and grew up at a time when racial segregation was prevalent. He attended Attala County Training School from where he completed his 11th Grade. He did his 12th Grade at Gibbs High School in St. Petersburg, Florida and finished high school in 1951. He was drafted in the United States Air Force and served from 1951 to 1960. He later went to Jackson State University and graduated after two years.

By 1961 he had begun submitting his applications to join the University of Mississippi which was an all-white institution. His application was turned down twice and decided to file a court suit on May 31, 1961, assisted by the NAACP Legal Defense and Educational Fund. The court ruled in his favor, and he gained admission into the institution.

However, on September 20, 1962, riots erupted at the institution as the white students protested against the integration law. With the help of police and military troops, peace was restored. James Meredith started his studies officially on October 1, 1962, becoming the first black student to get entry at the University of Mississippi. He graduated in 1963 with a bachelors’ degree in political science having also written his first book titled ‘Three Years in Mississippi’ and published in 1966.

In June after his graduation, James Meredith led black voters on a match in Memphis, Tennessee when a white fellow shot and wounded him. The shooter known as Aubrey James Norvell was arrested and sentenced to five years in prison. After his recovery, Meredith continued with his studies in political science at the University of Ibadan in Nigeria and earned a master’s degree in economics.

In 1965, he returned to the United States to pursue law at Columbia University on scholarship. He graduated in 1968 with an LL.B (law degree) and started as a civil rights activist. He also became active in politics with his first attempt being the 1967 Adam Clayton Powell Jr.'s seat in the U.S. House of Representatives. His bid was unsuccessful and attempted a second ran for the Senate in 1972 but also lost.  He, however, served as a political adviser to Jesse Helms from 1989 to 1991.

James Meredith has been honored by the University of Mississippi by commemorating the 40th anniversary of his admission with numerous events in 2002. His 50th Anniversary was also celebrated in 2012 by the same University. He also accepted the Harvard Graduate School of Education 'Medal for Education Impact' in 2012.

James Meredith first married Mary June Wiggins on March 14, 1956, and had three sons James, John and Joseph Howard. In December 1979, Mary Wiggins died of heart failure, and he married Judy Alsobrooks in 1982. Judy had one son from a previous marriage named Kip Naylor. Together with Judy, he had a daughter named Jessica Howard Meredith. Currently, he resides in Jackson, Mississippi with his wife and children. He is eighty five years old.