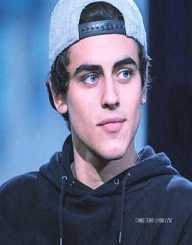 The internet has made many young millionaires. Jack Gilinsky is another internet celebrity with millions of fans all over the world. He is one half of the Jack & Jack duo – Jack Johnson being the other one.

The duo started with a YouTube channel just like every other story of internet stardom, and their popularity skyrocketed. Their channel became an instant hit where two young boys displayed their rapping talents. Inspired by this they opened a vine account.

Jack Gilinsky was born on September 10, 1996, in Omaha, Nebraska, United States. His parents are Katherine Finnegan and David Gilinsky. His star sign is Virgo. He has two siblings – both sisters, Molly and Laura.

Jack Gilinsky and Johnson are childhood friends who grew up together. They decided to open up a youtube channel where the lip-synced music videos and made parodies of video songs.

Still young kids at the time, their videos started getting shared and liked, and before they knew it, they were famous on YouTube

Encouraged by this success, Jack Gilinsky and Johnson opened a vine account. And that was the beginning of a fairytale ride to stardom. Their vine Nerd Vandals, became an instant hit – even earning the perfect vine title from the Huffington Post.

After being covered by huge media outlets, their following proliferated. They capitalized on this new-found fame and released two mobile apps which saw record downloads from the first day of release.

Jack Gilinsky and Johnson have so far released eleven music titles all of which have been on the Top 10 Billboard charts.

As of 2017, Jack & Jack are planning a world tour. They have also ventured into digital marketing. Both of them are 20 years old now, and immensely successful as viners and musicians.

They have used their money and resources and opened even more opportunities for business and revenue.

There is no doubt that Jack Gilinsky is talented. But what makes him so successful is his dedication to the work he does. Despite the fame, Jack Gilinsky is widely regarded as a humble personality.

Jack Gilinsky has always given importance to the welfare of the society. He has created several videos against bullying in high school and college.

Jack Gilinsky has also partnered with other organizations to spread awareness about skin cancer and its treatment. He’s also part of a program to promote safe driving.

It was later confirmed that the people in the video were Jack Gilinsky and Beer. Criticized by a lot of his fans, Jack Gilinsky issued an apology regarding the same.