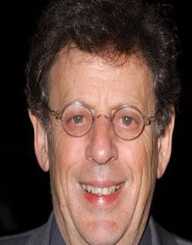 Philip Glass is an American composer, considered as one of the leading musicians in of the 20th century. Born on January 31, 1937, he called his style of work as "music with repetitive structures" whiles others termed his work as minimal music. Glass composition has qualities similar to minimalist composers like Steve Reich, La Monte Young, and Terry Riley. He has composed several theatre works, operas, chamber music, symphonies, string quartets, concertos, film scores. He founded the Philip Glass Ensemble, which he performs with on keyboards.

Philip Glass was born on January 31, 1937, in Baltimore Maryland, to Jewish emigrants from Lithuania. His mother Ida (née Gouline) was a librarian and his father Benjamin Charles Glass was a record store owner. He had a sister Sheppie. Glass developed his interest in music from his father, who mostly received promotional copies of new recordings at his store. Young Glass always listened to these recording, and that formed his appreciation and taste for music.

Philip Glass received education from the university-preparatory school of the Peabody Institute, where he learned how to play the flute. Glass entered the University of Chicago on an accelerated college program to study philosophy and mathematics. While in Chicago, he discovered the serialism of Anton Webern, leading to his composition of a twelve-tone string trio. He graduated from the university in 1956. He continued his music studies at the Julliard School of Music, where he studied under composition teachers like William Bergsma and Vincent Persichetti.

Glass won the BMI Student Composer Awards by the BMI Foundation in 1959. He also studied at the summer school of the Aspen Music Festival in 1960, during which he composed a violin concerto for Dorothy Pixley-Rothschild, a fellow student. He left Juilliard in 1962.

Philip Glass won a Fulbright Scholarship in 1964 to continue his music studies in Paris. While there, he studied composition under Nadia Boulanger who had a significant influence on his works. He also friended sculptor Richard Serra, actors and directors like David Warrilow, JoAnne Akalaitis, Lee Breuer, and Ruth Maleczech. He later collaborated with Breuer by composing music for the performance of Samuel Beckett’s Comédie, Play, 1963. He also served as the music director for Breuer’s production of Brecht’s Mother Courage and Her Children.

Philip Glass later worked with Indian satirist Ravi Shankar and Alla Rakha, which also influenced his compositional style. He adapted writing in repetitive structures of Indian music by temporarily abandoning the traditional formal qualities like tempo, harmony, and melody in his compositions. In 1966, he moved to northern India where he met the 14th Dalai Lama, Tenzin Gyatso and since then became a proponent of Tibetan independence.

Philip Glass and a former colleague student Jon Gibson along with others formed an ensemble that performed in art galleries and studio lofts of SoHo. His compositions include Strung Out, 1967, Gradus, 1968, Music in the Shape of a Square, 1968, How Now and 1+1. He formed Philip Glass Ensemble in 1971, which was an amplified ensemble, which uses wind instruments, keyboards, and soprano voices. He composed Music in Twelve Parts from 1971 to 1974, the instrumental works, Another Look at Harmony from 1975-1979.

In collaboration with Robert Wilson, Philip Glass composed the opera, Einstein in the Beach, 1975, which first premiered at the Festival d’Avignon in 1976 and was well received. The Washington Post described it as "one of the seminal artworks of the century." He composed the opera Satyagraha from 1978-1979 and premiered at Rotterdam in 1980. The opera, which he did in collaboration with writer Constance DeJong and set designer Robert Israel was based on the early life of Mahatma Gandhi in South Africa, Martin Luther King Jr. Leo Tolstoy and Rabindranath Tagore.

His latest works include The Passion of Ramakrishna, 2006, for the Pacific Symphony Orchestra the Pacific Chorale and the conductor Carl St. Clair, Symphony No. 9 (2010-2011), Cello Concerto No. 2, 2012, The Perfect American, 2011, and The Lost, among others. He has collaborated with several musicians including Suzanne Vegam, Natalie Merchant, David Byrne, Mick Jagger, Paul Simon, and Leonardo Cohen among others.

Philip Glass is a staunch supporter of the Tibetan independence movement and describes himself as "a Jewish-Taoist-Hindu-Toltec-Buddhist." He had married four times first to theatre director, JoAnne Akalaitis from 1965 to 1980. They had two daughters Juliet and Zachery. After their divorce, he married Luba Burtyk but divorce later.

He then married artist Candy Jernigan, who died of liver cancer at age 39 in 1991. His last fourth wife was restaurant manager Holly Critchlow, with whom he had a son Cameron. From 2008 to 2010, he dated cellist Wendy Sutter. He published the memoir Words Without Music in 2015.