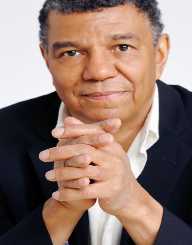 Jack DeJohnette is a famous American jazz drummer, keyboardist, and composer. Born on August 9, 1942, he is amongst the influential jazz drummers of the 20th century. His extraordinary talent and unique style make him one of the most sorts for drummers.

In addition to his works, he has also worked as a leader and sideman for many musicians. He has worked with Charles Lloyd, Bill Evans, Alice Coltrane, and Freddie Hubbard among several others. In 2007, DeJohnette received induction into the Modern Drummer Hall of Fame.

Drummer and pianist Jack DeJohnette was born on August 9, 1942, in Chicago, Illinois. He learned how to play the piano at age four. By the age of 14, he was already performing professionally at events. Also, he developed an interest in jazz, blues, and pop.

Having mastered the piano, DeJohnette switched his attention to drums. Surprisingly, the drums would define his career and gained him fame. According to him, his uncle Roy I. Wood Sr, inspired his going into music. Roy was a Chicago disc jockey who also served as the vice president of the National Network of Black Broadcasters.

Jack DeJohnette developed a unique drum playing style, incorporating R&B, jazz, and world music. This would ultimately make him one of the most sought for drummers. Despite starting as a traditional grip player, he later changed to matched grip because he developed tendinitis.

He also played for members of the Association for the Advancement of Creative Musician. Occasionally, he played for jazz composer Sun Ra and his Arkestra. Relocating to New York City, he joined the Charles Lloyd Quartet in 1966. However, he left the group after just two years. During his stint with the band, he met pianist Keith Jarrett, who he worked with throughout his music career.

Also, he gained international recognition during that period. In New York, he also played with Bill Evans, Jackie McLean, Betty Carter, and Abby Lincoln. DeJohnette briefly worked with Stan Getz and his quartet, leading to a debut recording with Miles Davis.

Jack DeJohnette joined Mile Davis live band in 1969. He was involved in the band’s several projects including the compilation album, Direction. Subsequently, he served as the primary drummer for the album Bitches Brew.

He also played on albums like Live-Evil, Jack Johnson, and On the Corner. Also, he worked with some of Davis band member including Chick Corea, and John McLaughlin. He left the band in 1971.

In 1968, Jack DeJohnette released his debut solo album The DeJohnette Complex. He followed it with albums like Have You Heard, Sorcery, and Cosmic Chicken in the 1970s. He released the albums on either Prestige or the Milestone labels.

DeJohnette later switched to the EMC label, where he had great musical freedom. In 1972, he formed the short-lived group, Compost, while serving as a sideman to other musicians. From 1973 to 1974, he joined the Stan Getz's quartet. Afterward, he formed the Gateway Trio, with Dave Holland and guitarist John Abercrombie.

In addition to his work with Special Edition, Jack DeJohnette worked with Pat Metheny, Herbie Hancock, and Dave Holland. They toured in 1990 and subsequently released the Parallel Realities CD. He released the album Music for the Fifth World, in 1992 working with John Scofield and Vernon Reid.

He followed it with the release of the electric album Music in the Key of OM. The album received a nomination for Grammy Best New Age Album. He later released albums like The Elephant Sleeps But Still Remembers, Peace Time, and Sound Travels.