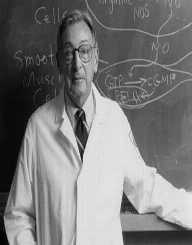 Robert W Holley was born on January 28, 1922. He was the mind behind the discovery of the alanine transfer RNA, linking DNA and protein synthesis. With the discovery, he won the 1968 Nobel Prize in Physiology /Medicine. Har Gobind Khorana and Marshall Warren Nirenberg were the other two scientists who gave a hand to Robert in the discovery.

Robert W Holley was born on January 28, 1922, in Urbana, Illinois. His parents were Charles and Voila Holley. Both parents were educationists by profession. Holley had three other brothers.

Robert W Holley was a graduate of Urbana High School in 1938. He later joined the University of Illinois at Urbana-Champaign where he studied chemistry and graduated with bachelor degree in 1942. He studied his Ph.D. in organic chemistry at Cornell University and completed it in1947. While undertaking his Ph.D. Robert worked with Professor Vincent du Vigneaud at the university medical college. It was then that he did his first chemical synthesis of penicillin and this marked the beginning of his discoveries.

Robert W Holley began his career at Washington State University. By then he had just finished his Ph.D. He worked as American Chemical Society Postdoctoral Fellow together with Professor Carl M. Stevens. Robert W Holley researched much on 2, 4-dichlorophenoxyacetic acid especially the metabolic transformation of bean plants. Later in 1948, he went back to Cornell University only this time as an assistant professor of organic chemistry. He did his research in Geneva Experiment Station. He was promoted to Associate Professor a position he held from 1950-1957

Robert W Holley also worked in California Institute of Technology as Guggenheim Memorial Fellow. It was then that he discovered RNA and protein synthesis. In 1958 he worked at US Plant, Soil and Nutrition Laboratory located in Cornell University campus. He devoted much of his time and focused on characterization of tRNA, its purification, and structure. His hard work paid off in 1964 when he finished the structure. This was one of a kind discovery of nucleotide sequence of a ribonucleic acid which marked the beginning of other tRNA structures being discovered.

Cornell University had been a great contributor to the success of Holley discoveries. In 1962 he worked as Professor of Biochemistry at the university, and two years later he became a full-time professor.

Robert W Holley made history with his RNA molecule and alanine transfer RNA sequence. Much of his work was achieved at Cornell University.

In 1965 He won the Distinguished Service Award of the U. S from the Department of Agriculture and also Albert Lasker Award in Basic Medical Research. Later in 1967, he was again awarded Steel Foundation Award from National Academy of Sciences. He won 1968 Nobel Prize in Physiology /Medicine a prize he shared with Hargobind Khorana and Marshall W. Nirenberg.

In 1945 Robert W Holley wedded Ann Dworkin, a mathematics teacher. They had a son Frederick.