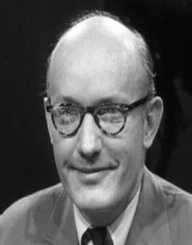 Arthur Charles Nielsen Jr. was born on April 8, 1919, in Winnetka, Illinois. He is the former president of the A.C Nielsen Company which he took over from his father A.C Nielsen Sr. The company deals with market research. He worked as an engineer and served in the military during the Second World War. After his service in the military, he took over his father’s market-research company as its president in 1950s.

Under his leadership, the company grew into an extensive business primarily in the field of television. He retired as president in the mid-1980s and died on October 3, 2011, aged ninety-two.

Arthur Charles Nielsen Jr. was born on April 8, 1919, to Arthur Charles Nielsen Sr. and Gertrude Nielsen. He was born in Winnetka, Illinois as the firstborn son in a family of five children. He followed in his father’s footsteps and attended the University of Wisconsin. Nielsen also loved playing tennis like his father from a young age. Alongside his father, they won the 1940s father-son doubles championship. He joined the army during the Second World War and served as an engineer.

After the war, A. C. Nielsen Jr. joined his father’s company known as the A.C Nielsen Company. His father founded the company a few years after he was born. The company aimed to do market research for television and radio advertisers. Its primary role was to measure the rate at which the public watched television and listened to the radio. He became actively involved in the business and promoted its growth by introducing the use of computers in handling different types of information. It became the first business ever to use a computer known as the IBM Univac.

A house had to be constructed where the machine could be kept because of its massive size. With a proper schedule and agents, the Nielsen Company collected data on television viewing. The company also implemented the use of personal diaries and recording devices to gather information. The data, in turn, would be used by the advertisers either radio or television to measure their popularity in public.

With the company experiencing a major success A. C. Nielsen Jr. succeeded his father as president in mid-1950s. His father had advanced in years and stepped down to allow his son to oversee the growth of the company. By this time, the company had established its way of rating television viewership and also developed a standard rating system.

Nielsen Jr. later served as the company’s chairperson in the mid-1970s. He expanded the company to venture into other industries such as music, publishing, and energy among others. The company extended its research services with several branches being established in various parts worldwide. He also improved the company’s revenue from just a few million dollars to hundreds of millions.

A. C. Nielsen Jr. married Patricia McKnew and together had three children. He was diagnosed with Parkinson’s disease and passed away on October 3, 2011, in Winnetka. He died at the age of ninety two.