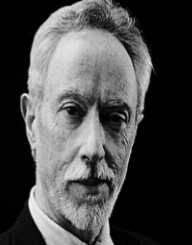 John Maxwell Coetzee is a South African novelist, translator, essayist, and linguist. Born on February 9, 1940, he was awarded the Nobel Prize in Literature in 2003. Coetzee is best known for his work on the effect of colonization, especially on the African continent. His works include Dusklands, 1974, The Narrative of Jacobus Coetzee, 1977, and In Age of Iron (1990). He is a three-time winner of South Africa’s CNA Prize and two-time Booker Prize winner, among others but he is the reclusive type who never took his awards in person.

John Maxwell Coetzee was born on February 9, 1940, in Cape Town, South Africa to Afrikaner parents Zacharias Coetzee and Vera Coetzee. His father was an occasional attorney and a government employee, and his mother a schoolteacher. Though his parents spoke English, he preferred speaking Afrikaans with other family members. He attended St. Joseph’s College in Cape Town, Rondebosch.

At the age of eight, his father lost his job and therefore moved the family to Worcester, spending most of his childhood life in Cape Town and Worcester. He enrolled in the University of Cape Town graduating with a Bachelor of Arts in English in 1960 and a Bachelor of Arts in Mathematics in 1961. He had his Master’s degree in the University of Cape Town for “The Works of Ford Madox” novel (1963).

In 1969, J.M. Coetzee received his doctorate in University of Texas, the United States on the Fulbright Program. He unsuccessfully tried to obtain a permanent stay in the United States, partly because of his involvement in a protest against the Vietnam War. He was one of the 45 faculty members arrested for trespass for occupying the State University of New York’s Hayes Hall in March 1970. The case was dropped in 1971.

J.M. Coetzee made a debut with the book, Duskland in 1974. The book explored issues relating to colonization in the two novellas The Vietnam Project and The Narrative of Jacobus Coetzee. He followed it with In the Heart of the Country, in 1977 also published as From the Heart of the Country and in 1980 published the Barbarians. His work Life & Times of Michael K, 1983, received the Booker Prize, while Foe in 1986, explored themes on the colonizer and the colonised.

J.M. Coetzee was the fourth African writer and the second South African writer to win the Nobel Prize in Literature Award (2003) in Stockholm. He was also the first writer to be awarded the Booker Prize twice for his two novels, “Life & Times of Michael K (1983) and Disgrace (1999). He also won the French Prix Feminaétranger, the Commonwealth Writers’ Prize, a three-time winner of South Africa’s CNA Prize.

The South African government awarded him the Order of Mapungubwe (gold class) for his exceptional contribution in the field of literature and elevating South Africa on the World stage (2005).