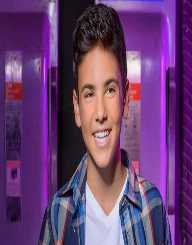 Daniel Skye had a good childhood in a loving family. He got huge encouragement from his parents while growing up and they got him the required training to grow as a musician. He was born in Florida on the 19th day of June in the year 2000. His brother Robert Skye and sister Rebecca Skye too are musicians and featured with Daniel in some of his videos. They also give their brother a lot of support in advancing his career.

Daniel put out his skills on display from an early age, and his mastery of the craft was evident. It was not long when he started out on live performances, and he was hailed widely in his hometown.

Daniel Skye's live stage shows soon got posted on social media and were seen on Instagram as well as Youtube. These were the catalyst for his surging fame and before long; he garnered thousands of real-time followers across the cybersphere.

Daniel Skye was fast in gaining acclaim as his mastery was no mean feat with his ability to compose his preferred songs. Singing what he composed came across to his audience as great acts.

Daniel Skye showed his dexterity by varying his tone to suit his preferred singing slant, and this led to excellent musical output.Skye's play of contemporary sounds and theme makes him a hit with youngsters, and they are after him in such alluring following.

Daniel Skye's mode of compositions is such that follows the guitar strings, and in such a way, he can blend his lyrics. Melodies that result from his innovations are such a blend of harmonious creativity that leaves his fans craving for more.

Daniel Skye's voice is a soulful bit, and his pop fusion is in no doubt, attention-catching. Added to his good looks, his charm gets the female folk lounging for his work, music, and persona. Daniel comes across as a casual dresser, and this puts out an amiable mien that his fans swoon over on their Instagram feeds.

Daniel Skye was in the limelight by 2013, when he was verified on Instagram, and this came at a time of the needed boost he desired for his career. His songs are loved and doubling as a composer and singer, is an added mileage that must be scribbled as notable.

Daniel Skye has released three music videos to date, and it is worthy to highlight that they were songs he wrote on his own. They include “Maybe” as well as the duet with Cameron Dallas, titled “All I Want” and Lovesick Day. Daniel ha raked in money on these Youtube videos with commercials featuring on his slots. To date, he has amassed more than 6 million Youtube views and counting.

His national acclaim came when his single, All I Want, climbed to No 12 on the Apple-owned iTunes chart for pop songs. He also got a mention on the top five music charts globally with acclaim overseas as well.
Daniel Skye is on tour across the country regularly, where he is on the show with other notable artists. His tours include the Digitour United26, June’s Digifest, Sunsation as well as the MagCon.

Daniel Skye follower count on Instagram had peaked at the 2.3 million mark as at 2017 and 766k on Vine. He garnered 644K followers on Twitter and a total of 333K subscribers to his YouTube Channel. Daniel has begun work on his album so that he can ride on his social media acclaim to mainstream fame.
He is also noted to have begun work with music producers as well as songwriters, having moved to Los Angeles recently.

Daniel Skye is on target as one of the well-known pop singers in America and these shows in his social media popularity. He avoids adverse events and has managed to keep away from an image –denting actions.
Regarding his creativity, he is known to drive his marketing activities on his own so far, with excellent outcomes. Having deployed the social media intelligently until this time, his image and successes can only get better as he amasses experience.

Posting on social media channels regularly has got him more fame than anywhere else. He is sure to leverage on this as works with professionals, going forward.

Daniel Skye recalls his favorite movie like 22 Jump Street and describes his music like Pop, soulful and honest.
Skye is noted to have declared his strangest phobia as the fear of the guitar string popping at some time to hit him in the eye. He is an expert monopoly player and comes out good at card tricks. He says his favorite artists are the wave-making and multiple Grammy –awards winner, Ed Sheeran and the teenage world sensation, Justin Bieber.
While he does not point at specific music influences, he is quick to say that great artists with great songs are his everyday inspiration. He never leaves home without his phone.

Daniel Skye is from Hollywood, and a note is taken of his brother, who is older than him and named Robert. He also has a younger sibling, who is a girl, named Becca. He spotlights his pet- a bulldog, often on social media. Daniel Skye is not yet noted to have an affair or love interest, and there is no hint of this on social media either.