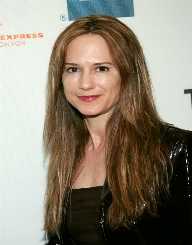 Holly Hunter is an American producer and actress born on 20th March 1958. She is best known for her award-winning roles in films such as The Firm and Broadcast New. For her role in The Piano, she also earned an Academy Award. She was one of the voices of the film The Incredibles. The talented actress graduated from Carnegie Mellon University. The actress suffered from mumps when she was a child which led to complications in her left ear. As a result, she is unable to hear it even currently.

Holly Hunter was born in born on 20th March 1958. Her place of birth was in Conyers, Georgia in the United States. She is the daughter of Charles Hunter and Opal Marguerite. She attended Carnegie Mellon University located in Pittsburgh where she studied drama.

Holly Hunter officially began her acting career in 1981 with her first role in the horror film The Burning. The following year, she moved to Los Angeles where she acted in some TV movies. She featured in Crimes of the Heart that year which marked her first Broadway role.

In 1984, Holly Hunter acted a supporting role in Swing Shift. In the same year, she also began her producing career. She co-produced the Blood Simple along with the brothers Joel Coen and Ethan Coen.

She became quite famous for her role in the hit, O Brother, Where Art Thou? (2000). Later in 2004, she starred in Little Black Book and The Incredibles. The following year, she was cast in Big White.

In 2012, Holly Hunter featured in Jackie. The following year she also starred in the Television movie Bonnie & Clyde. Later in 2014, she co-starred in the drama Manglehorn alongside Al Pacino. Two years later, she was cast in the superhero epic Batman v Superman: Dawn of Justice as Senator Finch.

In 1995, Holly Hunter tied the knot with a cinematographer, Janusz Kami?ski. Later in 2001, the couple went separate ways. In the same year, she met Gordon MacDonald, a British actor and has since then been in a serious relationship. The couple was blessed with twin sons namely Claude and Press.