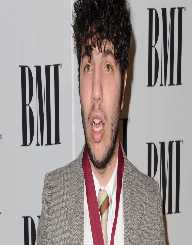 Benny Blanco is a stage name for rapper Benjamin Levin. He owns his record label and is a famous songwriter and musician.

Benny Blanco Levin was born on 8th of March 1988, in Plano, Texas before his parents moved to Reston, Virginia. His older brother Jeremy manages the studio with him. His mother Sandy is a social worker.

To channel his powerful energy, Benny was sent to guitar, piano and drum lessons, where he learned many types of music since the age of four. He was later diagnosed with ADHD.

After listening to Naz cassette when he was five, he was in love with hip-hop. He rapped and made beats as a teenager, usually performing at his brother Jeremy’s college parties at the University of Delaware.

Benny Blanco attracted the attention of Jon Shecter, founder of The Source Magazine, who wanted to sign him to Columbia Records as a rapper. Even though the deal fell through, Benny instead befriended song producers who would teach him the ropes. Benny went to Langston Hughes Middle School before he graduated from South Lakes High School in 2006.

Benny Blanco studied studio engineering at the Institute for Audio Research in New York. He interned with David “Disco D” Shayman in New York before he graduated high school in 2005. Benny would travel to New York during the weekends to work in exchange for studio time. Ter. Benny moves to Brooklyn after high school ended.

Benny Blanco started his rapping ambition around the age of thirteen, performing under Beny Bounce, Short Stuff and Little B.

Benny Blanco collaborated with Spank Rock to produce a five-song EP called Bangers & Cash, the same year his mentor Disco D committed suicide. The album landed them a contract with Downtown Records, and Dr. Luke recruited Benny as a songwriter.

It was the song Circus that propelled him to certain songwriting stardom; Benny Blanco Spears sang the song. Benny then wrote Broken Pieces of Lil Mama before Hot and Cold for Katy Perry. Since then he wrote many more songs, including Maroon 5’s lead single Payphone that featured Wiz Khalifa.

He also won Songwriter for the Years 2012 to 2014 for the songs he wrote for other artists.

Benny Blanco is a private person, not much is known about his life outside of songwriting. His brother Jeremy helps manage his studio and arranges for interviews and photo shoots.