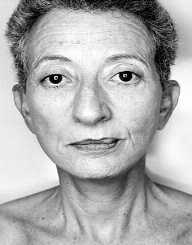 The Algerian-french Jewish writer, poet, playwright and philosopher Helene Cixous was born on the 5 June 1937 in Oran, Algeria to Eva Klein, a refugee from Nazi Germany, and Georges Cixous. Cixous’s father, from a French colonial background, was a physician who was an expert on tuberculosis, a disease he died from in 1948. Her mother, an Austro-German was a midwife who practiced in Algeria until 1971.

After her marriage to Guy Berger in 1955, Helene Cixous moved to Paris with her husband and began studying at the Lycee Lakanal where she was the only North-African person in her class. By 1956 she had obtained a secondary school teaching diploma in philosophy. She also studied for and got the CAPES.

In 1965 Helene Cixous became an assistant lecturer at the Sorbonne. By 1967, she published her first book of fiction, Le Prénom de Dieu (God’s First Name) and she was then appointed full professor at the University of Nanterre. In 1968 the French minister of education enlisted Cixous to assist with the setting up of the Paris VIII University, she began the journal Poetique with Tzvetan Todorov and Gerard Genette and finished her thesis, The Exile James Joyce.

Helene Cixous published her second novel, Inside. Then in 1974, she produced a book of essays focusing on psychoanalysts and writers including Freud and Joyce. In 1974 she also set up the first doctoral programme in women’s studies in Europe: the DEA of Etudes Feminines. The play Portrait de Dora was staged in 1975 and was well received and ran at the Theatre d’Orsay for twelve months.

The Laugh from the Medusa (1975) remains Cixous’s most famous work. A prolific writer she has written many novels, plays, and essays.

Currently, Helene Cixous is a professor at the European Graduate School in Switzerland as well as at the University of Paris VIII.