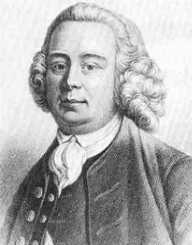 For engineers, John Smeaton is an inspiration. The Father of Civil Engineering, John Smeaton was a true professional at heart. He worked with extreme dedication and had achieved significant mastery over his craft. An English Engineer by profession, Smeaton was also a learned physicist, a mechanical engineer and a trained lawyer. Today, he is known for his masterpieces – both the buildings & bridges he constructed and the techniques he employed to build them.

John Smeaton was born in Austhorpe, Leeds, England on June 8, 1724. His father was a lawyer.  Smeaton went to school at the Leeds Grammar School, and after graduating, he joined his father’s law firm. But he had more interest in building things, and so he left shortly after, to follow his passion.

John Smeaton began making mathematical precision instruments, including a pyrometer – used to measure the expansion of materials. In 1750, he built the mariner’s compass together with Dr. Gowin Knight. The compass became hugely popular. He was living in Great Turnstile at the time.
By 1751, he had employed three people under him and moved his shop to a larger place. John’s experiments with windmills and speed of the wind proved to be very successful.

John Smeaton's career took a leap when he was selected to construct a lighthouse at the Eddyson Rocks, near Plymouth, England. This project brought him a lot of fame and recognition and also established him as one of the best engineers in the country.

John Smeaton oversaw the design and construction of several canals, bridges & lighthouses. He also developed several techniques for construction of windmills which were widely adopted. Some of his major construction works include the Aberdeen Bridge, Coldstream Bridge, Ripon Canal, and the Clyde Canal.

John Smeaton constructed the first 5-smock chimney mill in Newcastle, Britain. He also developed the method of using hydraulic lime in the foundation of bridges. Smeaton is also credited with using the term ‘Civil Engineer’ for the first time, and he became the first self-proclaimed civil engineer. He also co-founded the ‘Society of Civil Engineers’ in 1771.

Smeaton also devised a formula that was used by the Wright brothers during their legendary quest to fly. The formula uses a coefficient, called the Smeaton’s coefficient used to calculate drag due to air. He improved the design of the Diving Bell ( developed by Edmond Halley ) so that it could be used underwater. He achieved this by using a force pump that maintained the pressure & fresh air inside the diving bell, even after it was submerged.

John Smeaton was made a fellow of the Royal Society of London for his work in constructing precision instruments. He also won the Copley award for his research work on Windmills and watermills.

For John Smeaton work was his life. He did not get married and had no children.  Smeaton was a great engineer. And that’s why his achievements continue to inspire hundreds of engineers even today.