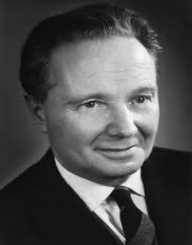 Robert Merle was born on 28th August 1908 in Tebessa, French Algeria. Merle's father was an interpreter, but he died when Merle was eight years of age. As a result, Merle then moved to Paris with his mother.

Robert Merle worked in the education sector, and he became a Professor of English Literature. He taught at several universities, but in 1939, the French government conscripted Merle into the army.

The army posted Merle to the British Expeditionary Force as an interpreter during World War II. In 1940, he took part in the Dunkirk evacuation. The Germans captured him, but he escaped. The authorities recaptured Merle when he tried to go through Belgian customs. In 1943, he was repatriated.

Merle began to write, and he released his first novel in 1949. Called Weekend at Zuydcoote, it immediately became a huge success. The book featured as a movie adaptation in 1964, and it became a box office hit.

Robert Merle wrote many novels, and several became successful movies. The films include The Day of the Dolphin (1973), and Malevil (1981). His novel L'ile became a miniseries in 1987.

Through Fortune de France, Merle became a household name in France. The critics praised his work. By 2014, the 13-volume set had sold more than five million copies in France.

Robert Merle won the Croix du Combattant medal after the war. In 1949, he also won the Prix Goncourt for his Weekend at Zuydcoote novel.

Over the years, Robert Merle married three times, and he had six children. He died on 27th March 2004 from a heart attack.