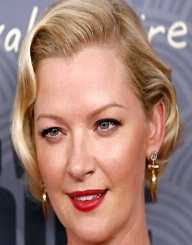 Gretchen Mol is one of the few American actors who appeared on the limelight at a very young age.

Gretchen Mol was born on November 8, 1972. She was the younger of the siblings in the family. The native of Deep River in Connecticut, her father was a local high school teacher. Her mother was an artist. This gave Mol her first influence in the artistic world of acting. She went to Valley Regional High School in Deep River.

After graduation, she relocated to New York. She enrolled to study drama at the American Musical and Dramatic Academy. Then she went to study at William Esper Studio. Mol took up several odd jobs for a living. In 1994, while working at a local restaurant, a local pageant scout singled her out. Mol was convinced to go for a photo shoot at Central Park.

The photographer, David Powell edited the photographs. The result landed Mol cover photo in the local magazines. From there, she was spotted by agents for an acting job. Her next role was a television commercial for the Atlanta based Coca-Cola company.

Gretchen Mol got her maiden acting role in the film industry in 1996. She was only 23 years old. After featuring in the film Girl 6, Mol got invitations to appear in several films. She was in two films Rounders, and Celebrity. These were produced in 1996 and 1998 respectively. As a result of the success of her role in Celebrity, the model magazine Vanity Fair had her as the cover model on its September 1998 edition.

The publicity Mol got brought in numerous acting offers from far and wide in the Hollywood industry. The following year, she got a role in the film Sweet and Lowdown. The same year, she got her first lead actor role in Hollywood. This was in the movie The Thirteenth Floor. The move broke her earlier pattern, in which she played girlfriend roles in almost all her previous parts.

Some of the notable films she cast in are Heavy Put-Away, The Notorious Bettie Page, The Ten, Tenure, and A Family Man. Mol has acted in over 30 films in Hollywood. In her career, she has been privileged to act alongside renowned actors like Matt Damon, Johnny Deep, and Leonardo DiCaprio.

Though Gretchen Mol was well known for her roles in Hollywood, she also had numerous television productions. From her first television appearance in a Coca-Cola commercial in 1996, Mol has appeared in many productions. Her natural ability to blend in the diverse roles has helped her in playing the different roles with ease. Some of them are Deadman Walking, Girls Club, Chance, and Seven Seconds. In total, she has featured in over 15 television productions all over the US.

Gretchen Mol got married to her husband, Tod Kip Williams in June 2004. The couple has two children. The first is a boy called Ptolemy Williams. He was born in September 2007. The second child is a girl called Winter Williams. Winter was born in February 2011. She is expecting their third born child.

Apart from acting, she is also the spokesperson of an organization. The PMD Foundation is active in creating awareness of the rare neurotic disease Pelizaeus-Merzbacher Disease. This neurotic disease is most prevalent in young children.

In her career spanning 22 years and still counting. Gretchen Mol has had her fair share of ups and downs. She had to retire her modeling dream due to her height. When she started acting in movies, Mol was relegated to the peripheral roles of minor roles. Despite being a gifted actor, most directors assigned her roles which showcased her exterior beauty features.

When her first lead role came, she took it and proved to the critics that her charm is not only on the physical looks. Through her performance, she attracted the attention of other directors. Mol had the looks and determination to be an actor. But she had to rise the natural ladder of success.

In recognizing the support she got from the society, she has championed well the awareness campaign of the PMD Foundation. From humble beginnings, the little girl from Deep Water in Connecticut has risen to the echelons of the film industry in America.