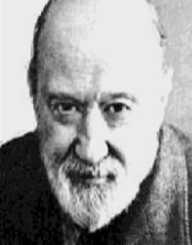 Charles Ives was christened Charles Edward Ives at birth on the 20th day of October 1874. Ives was born in the American state of Connecticut in the city of Danbury. His family was into retailing of hats and also manufactured them.
Their involvement in other businesses got them more fame and wealth. This was beside the fact that they were well-educated and socially conscious. Charles’ father was a bandleader in the U.S Army and was actively immersed in the American Civil War. Charles watched his father at the town square when performing as a member of the army band. This served as the early exposure to music that Charles enjoyed, and his father provided added a fillip to his slant by encouraging him.

Charles Ives was exposed to the wave of polytonal as well as bitonal harmonization from his father. Charles got exposed to the works of Stephen Foster from an early age and was playing the church organ by the time he was 14. Some of his compositions became church songs and hymns. He did a variation on the song “America” and was rated distinct. In the year 1893, Charles Ives moved to New Haven and was admitted to the Hopkins School. While here, Charles became a captain of the school’s baseball side. The loss of his father in 1894 was a blow to Charles, but he did not stray from the experimentation he started out with his father.

Charles Ives proceeded to Yale University in September 1894 and came under the tutelage of Horatio Parker.
Horatio mentored him, and Ives came up with choral styles that were like of Horatio. Apart from church songs, Charles also penned William McKinley’s campaign song in the year 1896

Charles Ives became the Center Church of New Haven’s Organist while in his freshman year and also featured in the American Varsity Games for his school. He is reputed to have become a member of the Ivy Committee, Wolf's Head Society as well as the Delta Kappa Epsilon and HeBoule.

Charles Ives's 1898 Symphony No. 1 was made in the D minor, and this was the thesis for his senior year under Horatio's supervision. This was the year he left Yale and upon graduation, be moved over to New York.
Charles churned out The Bells of Yale and March No. 6 during this era, and they got a fair share of common acclaim.

Charles Ives was primarily a composer than a performer, and during his day, performers were more sought after. This made him pick up a job as a clerk at an Insurance firm. Charles was able to earn five dollars weekly while working as an Insurance clerk. Charles Ives also worked as an organist on a part-time basis at the Bloomfield First Presbyterian Church in New Jersey. In the following year, Charles became the Choir Director at the Central Presbyterian Church in the city of New York.

Charles showed that he was well-heeled beyond music by developing custom packages for wealthy clients in life insurance. He, therefore, became the inventor of modern-day estate planning as that ethos and structure were leveraged on to birth the modern practice. The agency Charles Ives worked pioneered the idea of opening a school specifically for insurance agents. Charles came up with training manuals and books for this purpose. His earliest books were The Amount to Carry and How to Carry It and Life Insurance with Relation to Inheritance Tax. These were released in 1912 and 1918 respectively.

His compositions of this era were Holiday Symphony, The Piano Sonata No. 2, Robert Browning Overture as well as Symphony No 4. They all gained prominence.

Charles Ives is attributed to the two careers that he made a mark in in his days, He was one with a paradoxical leaning; a composer when it was dusk and businessman by dawn. His musical contributions made Ives one of the significant and earliest American composers at the dawn of the 20th century. Charles Ives had a philosophy that ran transcendental, and he sought a radical technical means to make it possible. He was fascinated with polyrhythms, quotation and bi-tonal forms that his father helped him hone in early days. Horatio Parker, who mentored him at Yale, was his expert hand to control his rhythm in a large scale format.

Charles Ives got his reputation cemented when John Kirkpatrick premiered his Concord Sonata in the year 1939. The wave of newspaper reviews that followed after that was mostly positive for him. In the year 1946, Charles was further boosted in reputation when his “Symphony No.3, The Camp Meeting” was conducted by Lou Silver Harrison. The Pulitzer Prize was awarded to Charles for his music on this count.

The Concord Sonata is perhaps the premier work of Charles Ives as this gave him the biggest acclaim. The work was effectively a five-year journey as it was the butt of his attention from 1911 to 1915. The initial work started off in 1904 and Charles was not able to come back to it till 1911.

The Grammys was posthumously awarded to Charles in the year 1966, and this was for Symphony No. 4, S. 4. He was recognized for the Best Contemporary Classical Composition.

Charles Ives got married on 9th June 1908 to Harmony Twichell. Harmony worked as a nurse, and they both had an adopted daughter, Osborne Edith.