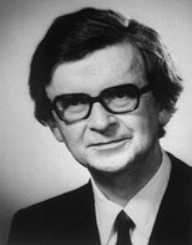 Kohler became famous all over the world for his work in the immune system in 1974. The German biologist Georges Jean Franz Kohler, at a young age of only 28 while working under his mentor Dr. Cesar Milstein at the United States-based Laboratory of Molecular Biology, successfully developed the monoclonal antibodies.

Before this technique was developed, scientists around the world were unable to efficiently produce specific antibodies because it was difficult to cultivate plasma cells in the laboratory.

Georges J.S. Kohler was born in Munich, Germany on 17th April 1946. He was later enrolled in school for his preliminary education. Upon completion of these studies, Kohler was enrolled at the University of Freiburg where he completed his studies and graduated in 1971.

After his graduation, Kohler immediately applied a Ph.D.in Biology which he completed in 1974 at the Institute of Immunology, Basel, Switzerland.

Having completed his Ph.D. at the age of 28, he applied for and later travel to Cambridge where he took up a post-doctoral fellowship for two years under Dr. Cesar Milstein, one of the most famous immunologists of the time, at the Laboratory of Molecular Biology located in the Cambridge, United Kingdom. The two worked together, and after a short period, they successfully developed a laboratory tool they could use to investigate the mechanism underlying antibodies diversity before discovering monoclonal antibodies (uniform, pure and highly sensitive protein molecules). This discovery marked a new chapter in the history of immunology. It made it easy to diagnose and combat various types of diseases by creating new therapeutic agents for fighting diseases.

At this point, however, even the British Government did not recognize the commercial significance of this technique despite having supported the Laboratory. In 1975, the duo published a paper about their discovery and proclaimed its emergence to the world. When this invention finally became clear, Kohler was written off by the scientific world who assumed that Dr. Milstein, being the famous immunologist, was the brainchild behind the entire work. They ignored the man who was the real driving force behind the discovery. For instance, in 1980, Dr. Milstein was individually awarded the Horwitz Prize (with a net worth of 20,000 USD) by the University of Columbia for inventing the technique. Dr. Kohler, being a gentleman never complained of these oversights. Having completed his two years post-doctoral fellowship in Cambridge, he traveled to Basel Institute for Immunology, Switzerland. There, he continued doing further research on monoclonal antibodies.

Kohler stayed at the Basel Institute for nine years during which he was able to refine his method of producing monoclonal antibodies. He was dedicated to solving a single problem despite how long it would take and be not interested in producing the antibodies for commercial purposes. Kohler also developed the transgenic mice, which was used as a tool for understanding the mechanism underlying self-tolerance.

Dr. Kohler was appointed the director of the Max Planck Institute of Immunology in 1986. While there, he further expanded his studies to explain immunoglobulin expression mechanism as well as B-cell development. Besides, he was involved in exploring cytokines and its effect on immune responses. He held this position until his death in 1995.

Dr. Kohler was lucky to attain success and recognition very early in his career. He received his first appreciation for his achievement in 1984. Along with other two fellow Biologists namely, Dr. Cesar Milstein and Niels Kaj Jerne, he was awarded the Nobel Prize in Philosophy or Medicine.

This was in respect to his invention and production of monoclonal antibodies as well as his work in the immune system. In the very year, he received the Albert Lasker Award for Basic Medical Research for his imaginative concepts as well as the pain stacking experiments that resulted in the development of monoclonal technology. He was, in 1981, awarded the Gairdner Foundation International Award.

Dr. Kohler married his fellow Biologist named Claudia Kohler. The two were blessed with a total of three children.

This brilliant scientist was lost to humanity at an early age. On 1st March, 1995, he died of heart failure in Freiburg, Germany at the age of 48.