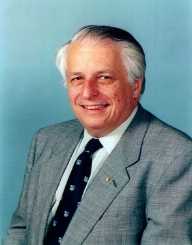 Gustav Nossal was born on June 4, 1931, in Austria. Even though Nossal was born in Austria, his family moved away from the country during his childhood because of the rising threat of the Nazis in Europe. They had to be especially careful since they were Jewish. To escape persecution, the family moved to Australia, where Nossal spent most of his life.

As a child, Gustav Nossal attended St. Aloysius’s College. However, he did not know how to speak English, which made learning difficult for him. Luckily, he still graduated from this school in 1947.

For his post-secondary education, Gustav Nossal attended the Sydney Medical School. Here, he excelled in his classes. He earned two bachelor’s degrees from this school. He earned a degree in medicine in 1953 and another in surgery in 1955.

After working for a couple of years, Gustav Nossal returned to school in the late 1950’s to attend the University of Melbourne. He graduated from this school with a Ph.D. in 1960.

After graduating from the Sydney Medical School, Gustav Nossal earned a job working at the Royal Prince Alfred Hospital. However, he stopped worked here in 1957. In this same year, he began working at the Walter and Eliza Hall Institute of Medical Research. He stopped working here around the same time that he went back to school to pursue his Ph.D. After earning his Ph.D., he moved to the United States and began working at Stanford University. Here, he taught genetics.

He only worked here from 1959 to 1961. After his time here he moved back to Australia. Back in Australia, he resumed his work at the Walter and Eliza Hall Institute of Medical Research. This time, he worked as a director. At the same time, he also took up a job teaching biology at the University of Melbourne.

In 1968, Gustav Nossal served at the Pasteur Institute for only this one year. At the same time, he continued to work at the University of Melbourne and the Walter and Eliza Hall Institute of Medical Research. Throughout the late 1960’s into the 1970’s, Nossal’s primary career objective was his research. His main topic of study was that of immunology, which is the study of the way the human body (and other living things) protects itself against things like disease, illness, and infection. His main goal for his studies was to find out how the human body made antibodies.

Gustav Nossal had a theory that there was one antibody for each type of infection or disease. He wrote much of what he discovered in his books. Also in the 1970’s, he worked at the Pasteur Institute for one year in 1976.

In 1986, he was made the president of the International Union of Immunological Societies. He held this position until 1989. It was also in this year that he became a member of the Prime Minister's Science, Engineering, and Innovation Council. Going back a couple of years, he also joined the Victorian Health Promotion Foundation in 1987.

Gustav Nossal has written five books in his lifetime on the subject of immunology. He has also written dozens of scientific papers.  His books are listed below.

All of Nossal’s awards and accomplishments are due to his achievements in the fields of science and medicine. Some of his most prestigious awards are listed below.

Gustav Nossal has an honorary doctorate of science degree from the University of Queensland.