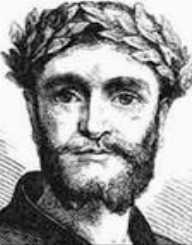 Henry V was born circa 11th August 1086, in Goslar, Saxony. His father was Henry IV, Holy Roman Emperor, and his mother, Bertha of Savoy.

In 1099, His father crowned Henry King of Germany. His older brother was heir to the throne but was a rebel, so Henry IV crowned his younger son instead.

Henry insisted he would not become involved in the Empire while his father lived. However, his father's enemies enticed Henry to rebel in 1104. Henry IV abdicated in 1105, and he died shortly after.

Henry V began a campaign in 1107. He fought several wars over the next few years in Bohemia, Hungary, and Poland.

Henry's father and the papacy continually disagreed. The papacy supported Henry V and now sought his support in return, but Henry preferred the Bishops. Henry then invaded Italy because of the disagreement.

In February 1111, Henry arrived at St. Peter's Basilica for his coronation. Pope Paschal II refused to perform the ceremony. Henry, in return, refused to provide his renunciation of the right of investiture.

The ceremony took place on 13th April, and Henry V then traveled back to Germany.

Henry married Matilda on 7th January 1114. She was the daughter of Henry I, King of England.

In 1114, another uprising took place by Cologne. Henry V initially retreated, and although a more significant battle ensued, Henry lost the war.

A papal council excommunicated Henry V from the church in 1111.

When Matilda of Tuscany died in 1115, Henry took control of her lands, and he was happily received in Rome.

His enemies took encouragement in his defeat at the hands of Cologne.

Pope Paschal II died, and Gelasius II became the new pope. He fled as Henry returned to Rome, so a treaty could not be made.

Henry V quelled his opposition in Germany, and talks began with the new pope.

In September 1122, Henry signed the Concordat of Worms. He agreed to return church property, and he renounced the right of investiture.

In return, the church received Henry once more.

Over the next two years, Henry led his army to war in Holland, and another in France.

Henry bequeathed his estate to his nephew, Frederick II of Swabia.