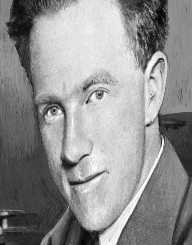 Rudolf Ludwig Mössbauer was born on January 31st, in 1929. Being a German physicist, he earned high acclaim due to the discovery of recoilless nuclear resonance fluorescence. This is a discovery that he made in 1957. Owing to this discovery, he was bestowed with a Nobel Prize in 1961. His discovery was of significant importance in the field of physics as it aided in evaluating magnetic fields of atomic nuclei.

Rudolf Ludwig Mössbauer was born on January 31st, 1929. His birthplace was in Munich. He was the only child of Ernest and Ludwig Mossbauer. His father was a professional photo technician. Part of his main tasks was reproducing photographic materials as well as printing colored postcards.

Mössbauer went for his early education at Oberschule, a school located in Munich. Later on, he graduated from the same school in 1948. Going for his higher education proved to be difficult since Germany was staggering out of the effects of World War II that had just occurred.

After completing his secondary education, he was hired by the Rodenstock optical firm as an optical assistant. After some time, he got employed by the U.S. Army of Occupation. With an intention to go for his higher studies, Mössbauer saved money from both jobs he had landed on. After that, this helped him pay for his school fees at the Munich Technical University in 1949. He had aspired to study physics.

In 1952, Mössbauer earned his B.S. degree from the technical university. He continued his studies for three years earning an M.S. degree.

Immediately after completing his higher studies, Mössbauer quickly got a job as at the Institute of Mathematics as an assistant lecturer. Concurrently, he continued working on his thesis at the Munich Technical University’s laboratory. This process took a period of about a year from 1953 to 1954. The following year, he began working on the thesis required for his doctorate. During this time, he carried out his research at the Max Planck Institute for Medical Research. From his research, he made an observation of the occurrence of Recoilless Nuclear Resonance Absorption.

Afterward, in 1958, he provided official evidence documenting the existence of Recoilless Nuclear Resonance Absorption. This was an important discovery in the field of physics as it aided in the production of gamma rays at varying wavelengths. Aside from this, Mössbauer’s discovery made it possible to verify Albert Einstein’s theory of relativity. Additionally, it made it possible to calculate the magnetic fields of atomic nuclei.

In the year, Mössbauer earned his doctorate from the Munich Technical University. All this time, he was under the tutelage of Professor Maier-Leibnitz. In 1959, he was honored with a job post at the university. He was to act as the scientific assistant of the institution.

A year later, the California Institute of Technology located in Pasadena invited him to work as a research fellow. Mössbauer took the advantage of this opportunity and went on to study gamma rays absorption. After one year, he was promoted to the post of a physics professor.

By this time, Mössbauer had brought fame to his end. As a result, his earlier discovery was identified as the Mössbauer Effect. Other physicists that made use of his discovery were the likes of Glen Rebka and Robert Pound.

Rudolf Ludwig Mössbauer obtained the Nobel Prize in physics in 1961. This was an award he was given following the discovery of the Mössbauer Effect. The following year he earned the Bavarian Order of Merit. Subsequently, he won the Guthrie Medal in 1974. A decade later, he garnered the Lomonosov Gold Medal.

Rudolf Mössbauer passed away on September 14th, in 2011.