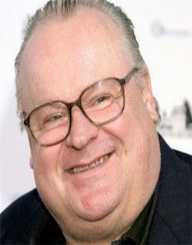 George Dzundza was born on July 19, 1945. He is an American actor. He appears in films and television shows. He is currently seventy-three years old.

George Dzundza was born on July 19, 1945, in Rosenheim in Germany. He was brought up in a Jewish family. His parents were forced into factory labour during the Nazi Regime. He was brought up alongside his brother. His childhood was not fun since he was brought up in camps for displaced persons. He grew up in a harsh environment.  His family later moved to Amsterdam where they stayed for some years. In 1956, they immigrated to the United States of America. They settled in New York City. George attended Xavier High School. He is a United States Citizen vide naturalization.

In 1981, George Dzundza started his acting career with his sitcom series ‘Open All Night.’ The series was about someone who owned a convenience store in California. In the same year, he appeared as American Nazi leader, Frank Collin in ‘Skokie.’ In 1987, he appeared in the films ‘No Way Out’ and ‘The Beast.’ Other films that he appeared in include ‘The Deer Hunter,’ ‘White Hunter Black Heart,’ ‘Dangerous Minds,’ ‘Crimson Tide’ and Basic Instinct’ among others.

He later appeared in the series ‘Law & Order’ as Sergeant Max Greevey. Other films that he has appeared in that were not that popular include ‘The Waltons’, ‘Massage Parlour Murders’, ‘Honky Tonk Freeway’, ‘Streamers’, ‘Best Defense’, ‘No Mercy’, ‘No Man’s Land’, ‘Impulse’, ‘The Butcher’s Wife’, ‘That Darn Cat’, ‘Species II’, ‘Above Suspicion’ and ‘City by the Sea’ among many others.

Other series that George Dzundza has appeared in include ‘Starsky and Hutch’, ‘Salem’s Lot’, ‘A Long Way Home’, ‘The Execution of Raymond Graham’, ‘Something is Out There’, ‘Matlock’, ‘Jesse’, ‘Hack’ and ‘Cross of Fire’ among others. He has lent his voice to animations such as ‘Batman: The Animated Series’ and ‘Superman: The Animated Series.’

In 1982, George Dzundza married his wife Mary Jo Vermeulen, and together they have three children. George is currently seventy three years old.