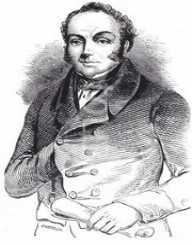 Feargus O’Connor was born on July 18, 1794, in Connorville house, West Country Cork. He was born to Roger O’Connor and Mrs. O’Connor. He was initially renowned as Edward Bowen O’Connor. He completed his early curriculum at Port Arlington Grammar School. He later joined Trinity College, Dublin where he took his Law course. In 1820, he overtook his uncle’s estates in Cork. He later became a member at the Irish Bar.

In 1830, he became the major advocate the Irish rights and the Democratic political reform. Feargus O’Connor was later arrested and escaped. He then became the Member of Parliament at the British House of Commons. He was also the Repeal candidate at the British House of Commons. In 1835, he lost the General Elections. In 1836, he became a part of the London Working Men’s Association. In 1837, he went to Leeds in Yorkshire. He then came up with the Northern Star’s radical newspaper. He thereafter turned being active in the Chartist Movement.

Feargus O’Connor was in the movement’s radical side. In 1840, he was later detained for 18 months. In 1940, he started working on People’s alienation from the land. In 1845, he came up with the Chartists Cooperative Land Company. He thereafter turned laborers and workers to farmers. In 1850, his company fell down due to bankruptcy. In 1847, he became the first Chartist Member of parliament in Nottingham. In 1852, he was later arrested. He was thereafter detained in Chiswick’s Mental Asylum.

Feargus O’Connor never married. He started having an irrational behavior due to his mental illness. He later demised on August 30, 1855. He was laid to rest Kensal Green Cemetery. He died at the age of Sixty-six.