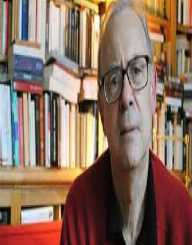 Jean Patrick Modiano was born in July 30, 1945. He is a French novelist. In 2012, he was the recipient of the Nobel Prize in Literature. He has written many novels that have been read globally. He initially wrote in French but most of his works have been translated into thirty different languages.

Jean Patrick Modiano was born on July 30, 1945, in Boulogne-Billancourt, Paris. He was born to Albert who was a businessman and Louisa who was an actress. His parents, however, broke up after his birth. He attended Ecole du Montcel primary school and Henri IV high school. In school, he met Raymond Queneau who influenced him as a writer. In 1965, he joined University of Paris for a college degree, but he dropped out of the university before he could complete.

In 1968, he published his first book titled ‘La Place de l’etiole.’ The novel received the Roger Nimier Prize and the Feneon Prize. The novel was later on translated into English with the title ‘The Occupation Trilogy.’ In 1973, Patrick wrote the screenplay of the drama film ‘Lacombe, Lucien.’ In 1978, his novel ‘Rue des Boutiques Obscures’ was published. In the novel, he portrays the never-ending search from the identity of oneself. In 2014, the book won the Nobel Prize when it was translated to English under the title ‘Missing Person.’ In 1995, he published the novel ‘Du Plus Loin de l’Oubil’ which became his masterpiece.

In 1970, Patrick married Dominique Zehrfuss with whom he has two daughters, Zina who was born in 1974 and Marie who was born in 1978. He and his wife live in an apartment in Paris. His wife is an artist as well as a jewelry designer. His daughter is a film writer and director while Marie is a singer and writer. Marie is the one who took after his father when it comes to writing. Patrick is now seventy-one years old. He continues writing to date.