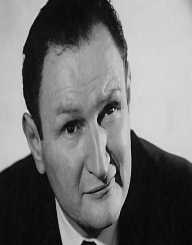 Al Lewis was an American character actor, radio broadcaster, and politician. Born on April 30, 1923, he became famous for his role as Grandpa, on the CBS television series The Munster from 1964 to 1966, opposite Yvonne De Carlo and Fred Gwynne. He later reprised the character in the film versions. Lewis unsuccessfully contested for the governorship on the ticket of the Green Party in 1998.

Actor Al Lewis was born Albert Meister on April 30, 1923, to a Jewish family in Brooklyn, New York. There have been debates about his actual date and place of birth. Some presume it to be in 1910 in Wolcott, New York. However, his son, Ted Lewis, insists his father was born in 1923, which various national documents support. However, most of his childhood and adolescent life is inconsistent.

Al Lewis claims he attended Thomas Jefferson High School, dropping out in his junior year and later enrol at Oswego State Teachers College (currently SUNY Oswego) despite not having a high school diploma. He also claims to have attended the University of Columbia and graduated with a Ph.D. in child psychology. However, the university has no record of his enrolment.

Al Lewis made several claims, which are unrealistic if his accepted age is taken into consideration. He asserts that he worked on various jobs during the 1920s including a radio actor, teacher, waiter, salesman, store detective and a union organiser in the South among several others. He claimed to have worked as a Merchant Marine and on Russian convoys during World War II in the 1930s.

Al Lewis started his acting career in vaudeville and burlesque theatres. With that experience, earned roles on Broadways including in The Night Circus, 1958 and One More River in 1960. In 1962, he played Moe Shtarker in the musical comedy Do Re Mi. He came to the limelight with his role as Officer Leo Schnauser on the NBC sitcom Car 54, Where Are You? from 1961 to 1963. He would reprise his role in its film version in 1994. He had previously played roles in television productions including Decoy, 1954 and The Phil Silvers Show in 1955. He featured in four episodes of Naked City from 1959 to 1963.

Al Lewis is best known for his role as Grandpa, the elderly vampire in a family of monsters in the sitcom The Munsters from 1964 to 1966. After the famous role as Grandpa, which he would be known for the rest of his life, Al Lewis played several other roles including as Zalto the wizard in the episode rocked to Earth in Lost in Space, 1967. He was a frequent guest on The Howard Stern Show. He played the role of Grandpa Munster in an episode of ABC’s Hi Honey; I’m Home in 1991. That same year, he featured in theNew Zealand low-budget family movie called Grampire. Lewis was the host of Super Scary Saturday on TBS from 1987 to 1989.

Al Lewis made a movie debut with his role as Machine Gun Manny in the film, Pretty Boy Floyd in 1960. He then played a minor role in The World of Henry Orient, 1964, They Shoot Horses, Don’t They?, 1969 and They Might Be Giant in 1971. In 1980, Lewis played Hanging Judge Harrison in Used Cars and followed it with a minor role in Married to the Mob in 1988. His last known film was Night Terror in 2002.

In 1998, Al Lewis contested on the ticket of the Green Party for the Governor of New York. During the contests, he wanted to use the name Grandpa Al Lewis on the ballot paper, since that was what he was widely known. However, his request was rejected by the Board of Elections and also lost a suit in court in that regard. Despite not winning the seat, his 52,533 votes, propelled the Green Party to gain an automatic ballot line for the next election. He had previously indicated that winning the governorship without any political backing and finances would be like "like climbing Mount Everest barefooted."

Al Lewis married twice, first to Marge Domwitzin 1956. They had three sons Dave, Ted, and Paul and divorced in 1977. He then married actress Karen Ingenthron in 1984 and lived together until his last breath. Al Lewis suffered angioplasty leading to heart surgery in 2003. He however suffered complications from the surgery and that resulted in an emergency bypass and the need to amputate his right leg below the knee. His toes on the left leg were also amputated, and that also had a toll on his health.

Al Lewis died on February 3, 2006, on Roosevelt Island in New York City. His remains were cremated and ashes "placed in his favourite cigar box."