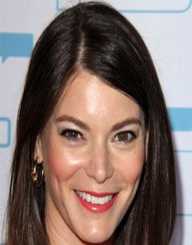 Gail Simmons was born on May 19, 1976. She is a Canadian food writer. She is also a cookbook author. She is also a Television Personality. She is currently Forty Two years of age.

Gail Simmons was born on May 19, 1976, in Toronto, Ontario in Canada. She was born to Ivor and Renee. She was brought up alongside two siblings. She later studied Anthropology and Spanish at the McGill University, Montreal. She then attended Peter Kump New York Cooking School.

Gail Simmons started her career at McGill University as a restaurant review writer for the McGill Tribune. She later worked as an intern at Toronto Life which was a monthly magazine. She after that became Nation Post Newspaper writer. She later became food critic Jeffrey Steingarten’s assistant at Vogue for two years. She after that became chef Daniel Bolou Restaurant Empire’s manager for special events.

In 2004, she became the manager of the Special projects for Food & Wine. In 2012, she became a judge on the ‘Top Chef’ show a role she played until 2010. In 2010, she was the host of ‘Top Chef: Just Desserts.’ In 2012, she wrote and published her first cookbook ‘Talking With My Mouth Full: My Life as a Professional Eater.’ She later started and is still teaching people cooking methodologies in an online video ‘The Pantry Project’ at the Kitchen.Daily.com.

Gail Simmons also appears in the television shows ‘The Today Show,’ ‘Fox & Friends’ and ‘Good Morning America.’ She as well appeared in ‘South Beach Wine & Food Festival,’ ‘New York City Wine & Food Festival,’ ‘Pebble Beach Food & Wine,’ ‘Kohler Food & Wine’ and the ‘Cayman Cookout’ which were all culinary festivals. She is currently a member of boards such as the ‘American Institute of Wine & Food,’ ‘Hot Bread Kitchen,’ ‘Institute of Culinary Education’s Alumni Committee,’ ‘The Women at NBCU Advisory Board’ and in ‘Food Rescue Organization City Harvest.’ In 2017, she wrote and published ‘Bringing It Home: Favorite Recipes from a Life of Adventurous Eating.’

In 2008, Gail Simmons got married to Jeremy Abrams with whom she had one child. She is currently Forty Two years old.